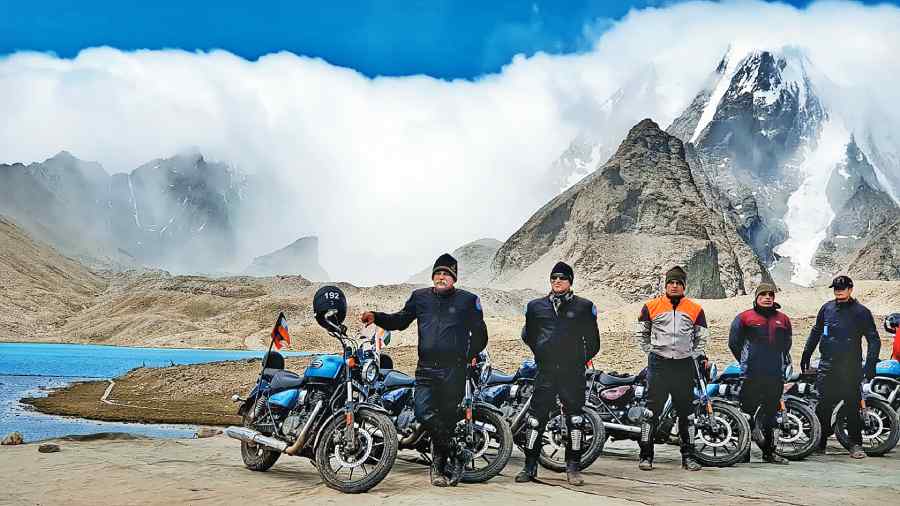 The Trishakti Corps of the army has hosted three expeditions in the upper reaches of the Himalayan state of Sikkim that sits on the India-China border to celebrate the 75th year of India’s independence.

“The trekking was flagged off on June 12 by the GOC of the Striking Lion Division from Tamze. Traversing rugged and inhospitable terrains, the team trekked a distance of 75km at an altitude of 15,000ft and reached Lachung on June 22,” said a source.

The motorcycle expedition, on the other hand, was flagged off from Sukna on June 15 by Lt. Gen. Tarun Kumar Aich, the GOC of Trishakti Corps headquartered at Sukna, on the outskirts of Siliguri.

The team moved through the hilly areas of Bengal and Sikkim and covered a distance of 450km in six days, traversing the old Silk Route and passing through Rangpo, Zuluk, Sherathang, Mangan, Chungthang and Chaten to reach Gurudongmar Lake, which is at a height of 17,200ft.

“They are the first ever biking team to cross the Dongkha La pass that is at an elevation of 18,156ft,” said a source in the army.

The cycling expedition was flagged off from Giagong in north Sikkim on June 19. The team, comprising 50 cyclists from the Indian Army as well as civilians, pedalled for 75km in two days through the mountainous terrain, including the Dongkha La pass.

The expeditions, whose theme was “Soldiers and Citizens: Together towards Strength and Prosperity”, have drawn appreciation from various quarters.

“The aim of these expeditions was to generate the spirit of unity between the army and citizens, highlight the force’s commitment to the development of border areas, encourage adventure sports and showcase the scenic beauty and opportunities for tourism in Sikkim,” said a source.

After the expeditions, a cultural festival was organised at Lachung on June 21.