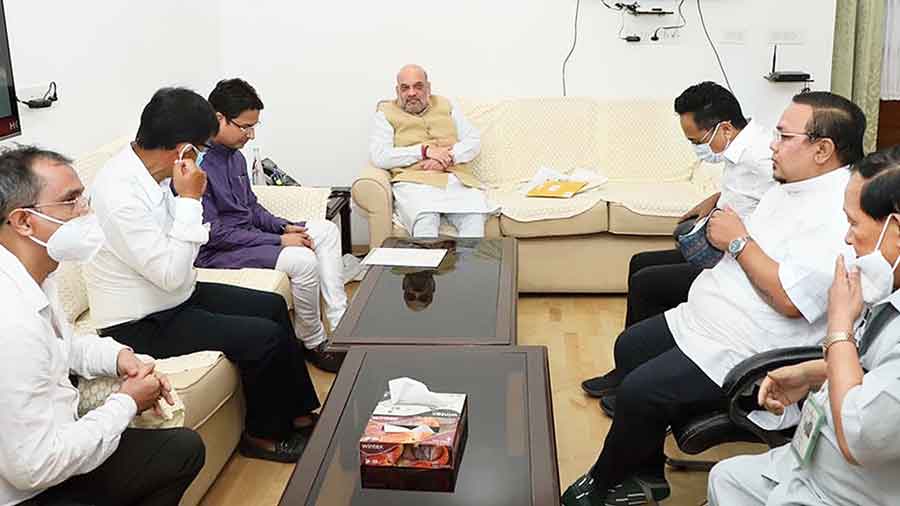 The National Gorkhaland Committee (NGC), an apolitical outfit which positions itself as a “think tank” of the Gorkha community in Darjeeling, claimed that a consensus was building in the hills that “a neutral non-political body” must lead the talks with the Centre on a “permanent political solution”.

Lt Gen. (retd) Shakti Gurung, the chairman of the NGC, on Thursday wrote to Darjeeling BJP MP Raju Bista, claiming that political parties in the hills were now “unanimous” that “a neutral non-political body like the NGC must lead the talks with the Centre to remind the Central Government to fulfil its long pending promise of PPS to the Gorkha Community before the current Monsoon Session ends”.

The BJP’s 2019 general election manifesto had said: “We are committed to work towards finding a permanent political solution to the issue of Darjeeling Hills, Siliguri, Terai and Dooars region.”

While the NGC is bullish that it can lead discussions on the PPS, it is unlikely that the Centre will heed the demand. BJP MP Raju Bista, who led a delegation to call on Union home minister Amit Shah in New Delhi on Friday, claimed that the Centre would convene a tripartite meeting in the first week of September. The tripartite meeting will involve representatives of central and state governments and Gorkhas.

The ongoing Parliament session will end on August 13 and the NGC’s hope to take forward the demand and seek a concrete assurance before the monsoon session ends has gone down the drain with Bista’s statement.

In an earlier letter to Bista, Gurung had said: “It was also felt that if a Bill is to be passed in parliament for a separate home state/UT as PPS for the Gorkha community, it must be done in this session itself as the next Winter Session would be too close to the elections in UP because of which the BJP would be unlikely to take any major decision affecting any other part of the country.”

Many feel that the moot question is whether current developments in the hills have put the BJP under pressure to start a dialogue on the PPS promise it had made in the Lok Sabha election manifesto.

“Several factors like the hunger strike by S.P Sharma of ABGL (Bharati Tamang faction), the letter by an apolitical party (NGC) to take forward the issue and even Anit Thapa’s decision to float a new political party and also the open expression of grievances by the BJP’s allies in the hills, more particularly by the GNLF, are putting pressure on the BJP,” said an observer.