This incident comes ahead of the hearing of Mondal’s transit remand to Delhi by the ED, which is scheduled on Tuesday 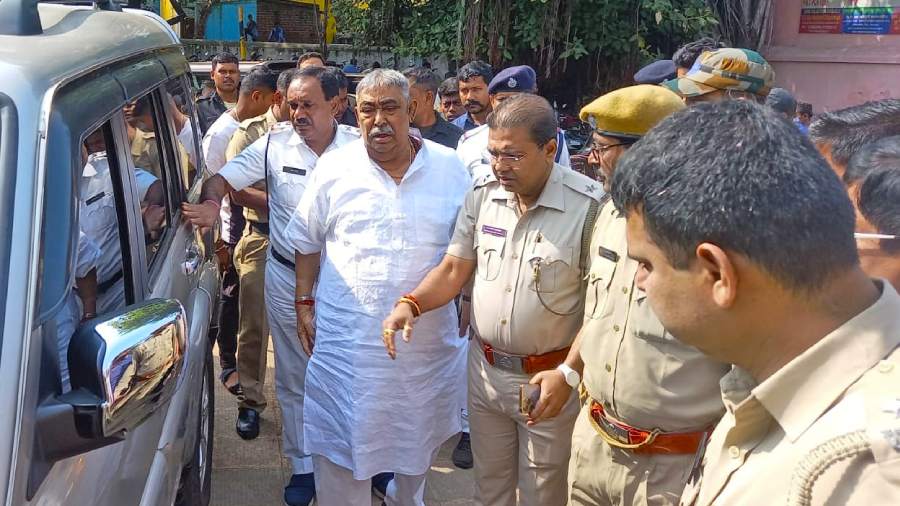 Trinamul Birbhum chief Anubrata Mondal, in judicial custody for nearly 100 days, complained of chest pain on Sunday morning, prompting Asansol correctional home authorities to take him to the district hospital for a check-up.

A team of three physicians, including a surgeon and cardiologist at the government hospital, after examining him for 45 minutes, said he was stable without any major sign of cardiac problem.

This incident comes ahead of the hearing of Mondal’s transit remand to Delhi by the Enforcement Directorate (ED), which is scheduled on Tuesday.

The ED arrested Mondal on November 17 for allegedly laundering several crores in the cattle smuggling case after questioning him for five hours in the Asansol correctional home.

The CBI had arrested Mondal on August 11 for his alleged involvement in the multi-crore cattle smuggling case.

A CBI team also interrogated Mondal in jail for an hour on Saturday. The Trinamul leader also met his lawyers in jail on Saturday to take legal advice.

Sources said that around 10am Mondal complained of chest pain to jail authorities. Mondal was lodged in the medical cell of the correctional home for his multiple health complications.

Sources said that the jail authorities decided to take him to Asansol district hospital which has specialists.

Mondal was taken to the hospital in a police vehicle. He walked into the emergency unit of the hospital without assistance.

Tight security arrangements were made by police but the regular crowd at the hospital was missing because it was Sunday and the outpatients department (OPD) was closed.

Mondal, who looked tired, refused to speak to the media while entering the hospital.

Doctors at the hospital said they examined Mondal’s blood pressure and sugar and took his ECG.

All reports were normal.

Doctors said he lost around 10kg weight since his arrest and presently weighed around 100kg. “It is good if he loses weight gradually as his health issues will get more complicated with obesity,” said a doctor at the hospital.

He was taken back to the correctional home around 12.30pm.