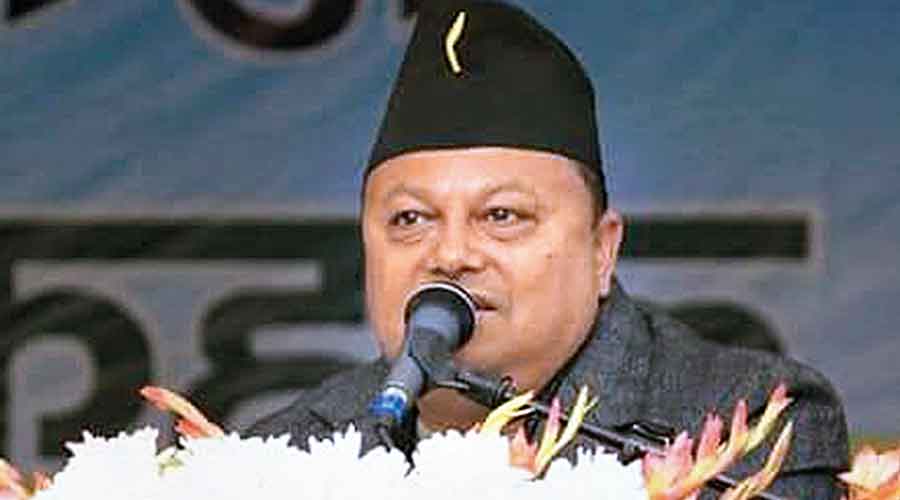 Anit Thapa-led Hill party Bharatiya Gorkha Prajatantrik Morcha (BGPM) on Saturday announced it would field candidates in all the 45 Gorkhaland Territorial Administration (GTA) seats, a day after party leaders openly threatened to rebel if the party went for a seat-sharing arrangement with Trinamul.

The central committee of BGPM met at Mungpoo, about 30km from Darjeeling on Saturday after which the party announced their decision to go alone in the GTA election — to be held on June 26 —  and released names of candidates for 11 seats.

Amar Lama, general secretary, BGPM said: “We will contest all the GTA seats and field candidates in all 45 seats.”

On Friday, many leaders of the party had threatened to rebel if the party tied up with Trinamul for the GTA polls.  Many party leaders said they had come to know that the BGPM would contest in 35 seats and leave Trinamul 10.

But even after the BGPM announced its candidates for four seats each of Kalimpong district and Darjeeling subdivision and for three seats within Kurseong subdivision, not everyone was happy with the choice of candidates.

Anup Chhetri, assistant secretary of the party’s Kalimpong district committee announced his resignation from the party and said he would contest independently from Tashiding-Chibo constituency of Kalimpong .

L.B. Rai, chairman, Trinamul (hills), did not talk about a seat sharing formula with BGPM but confirmed that the party would contest in 10 GTA seats as decided by the party’s high command.

Bariak said he had come to meet Gurung on a “personal level” as the Morcha leader helped him during the Bengal Assembly election campaign.

Gurung is fasting to press for the provisions in the 2011 GTA memorandum of agreement be implemented in letter and spirit and 396 mouzas from  the plains within GTA be included before the polls are held.

“I requested Bimal Gurung to withdraw his hunger strike as no progress can be made on issues raised by him owing to the model conduct of conduct which has come into effect after the election notification,” said Bariak, who added that he would take Gurung’s demand to the right forum once the GTA polls were over.