In recent years, it has been found that the region has lost huge sums of central funds as it has no elected representative in the rural bodies 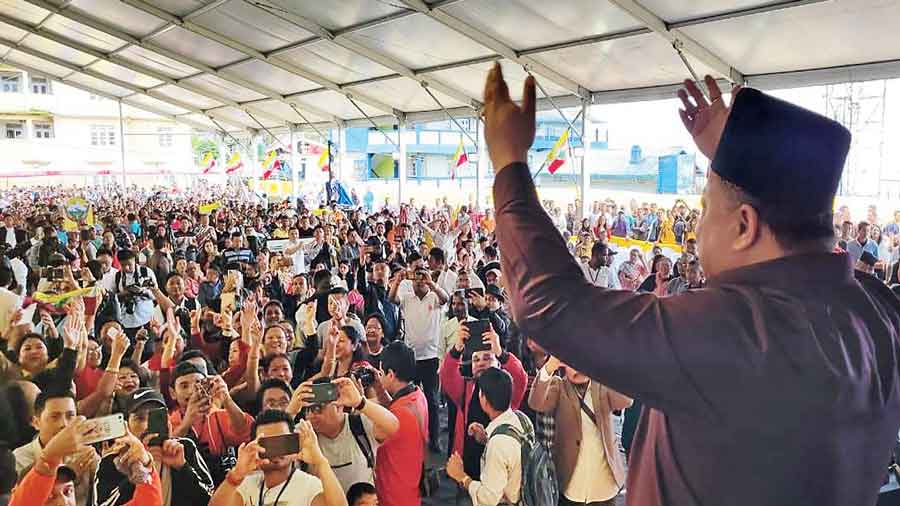 At a public meeting in Kurseong to mark his party’s anniversary, Thapa said that the BGPM was focusing on rural polls likely to be held in the hills after over two decades.

He said that ahead of the GTA polls held earlier this year, the BGPM had promised to put in efforts to restore the panchayat system in the hills. The last rural poll had been held in 2000. Since 2005, there has been no elected representative in any panchayat under the GTA area.

“A process has been initiated by the state government to hold two-tier elections here and we are ready to contest the elections. However, we simultaneously want the state to constitute two zilla parishads for Darjeeling and Kalimpong districts. A resolution in this regard would be passed in the GTA,” said Thapa.

In 1988, the then Darjeeling zilla parishad (Kalimpong was not a separate district then) was dissolved as the Darjeeling Gorkha Hill Council (DGHC) was formed. In the next year, the Siliguri Mahakuma Parishad was formed for the Siliguri subdivision of Darjeeling district outside the DGHC area. In his speech, Thapa instructed his party workers to start working for “Mission Panchayat” and intensify political activities in rural areas. He also called for “Afnu Gaon, Afoyi Sudhar (develop a village on our own)” and said each household in the hills should take up initiatives to expedite development of their hamlets.

Thapa’s remarks showed that the party was keen to go ahead with the panchayat elections, opined political observers.“It is evident that other parties will also be in fray.  But after winning most seats in the GTA polls, the BGPM leaders want to retain their support base. As panchayat elections have not been held in the hills for over two decades, the party wants to make an early start to reach out to the voters extensively,” said an observer.

Harka Bahadur Chhetri, a political veteran in the hills who heads the Jan Andolan Party, and was present at the meeting, appreciated the conducive political atmosphere of the hills in recent years.

“In the current political environment of the hills, anybody can toss a question at the chief executive of GTA. This was missing even till 2017. Such changes have created opportunities to work jointly with the state for development of hills. We must not lose such chances,” he said.

Amar Lama, the general secretary of BGPM, who also addressed the assemblage of around 3,000 people, highlighted the “success stories” of his party.He said they could bring a change in the functioning of GTA, give jobs to family members of those who lost their lives during the statehood agitations since 2007 and persuade the state government to take steps towards rural elections.

In the hills, there is a longstanding demand for the rural polls. In recent years, it has been found that the region has lost huge sums of central funds as it has no elected representative in the rural bodies.“The GTA is likely to hold its first meeting on September 19. At the meeting, resolutions will be passed on the demand for separate statehood and a couple of other matters which include permanency of the casual workers of GTA and the issue of land rights, which is yet another pending issue,” said Lama.