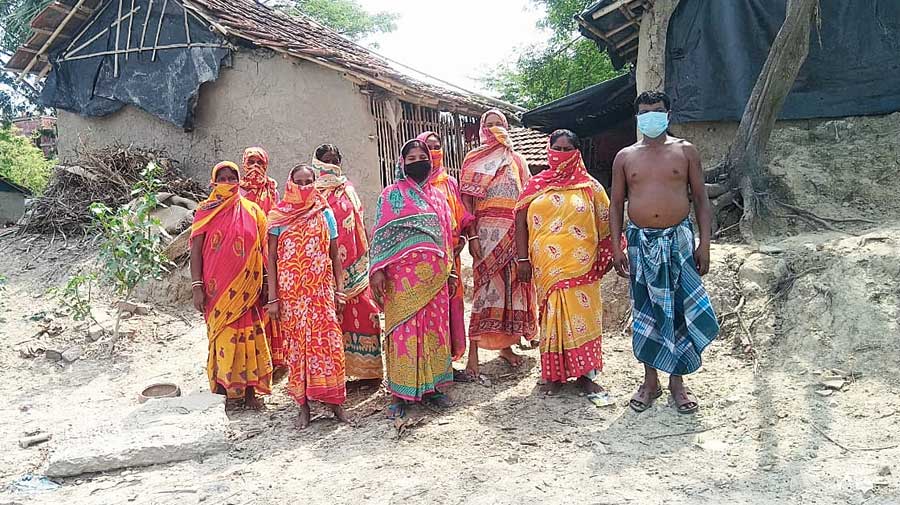 Fisherman and farmer Ram Bag, 43, a resident of Mohonpur village at Haroa in North 24-Parganas, was left devastated a year ago as Cyclone Amphan destroyed both his home and livelihood. A year later, Ram tells The Telegraph that memories of Amphan still haunt him but he is happy that some support from the state government has helped him limp back to normality.

The fisherman-farmer recounts his survival story

Memories of Amphan continue to haunt me even though a year has gone by. A resident of the Sunderbans, I have faced several cyclones but none of those was Amphan.

A day ahead of the cyclone, panchayat officials shifted us to a school building for our safety as the storm was expected to wreak havoc in the Sunderbans. On May 20, the devastation that unfolded was unimaginable.

On May 21, after the cyclonic wind stopped blowing and the rain came to a halt, I stepped out of the shelter.

It was horrific outside. Like most of my neighbours, I could not find any sign of my thatched house. I had lost everything except for a few clothes that my family and I had taken to the shelter.

Trees, electric poles, homes and household items were strewn everywhere. Torrential rainfall and cyclonic storm had triggered strong tidal waves in the Bidyhadhari river. These waves had led to breach in earthen dams and water flowed into our fields and bheries (fish farms) damaging the source of our food and livelihood. Our sole source of income was gone.

I realised that there was no point in crying over the loss as my wife and two children looked up to me to survive. Life had to start from scratch.

I had to stay back at the panchayat-run shelter for at least a week. Then, I started to raise my new home. By that time the state government through panchayat authorities offered us tarpaulin, food. The process to roll out the government's compensation of Rs 20,000 had begun. I used the compensation to build my house but also had to borrow money.Panchayat authorities took an initiative to clean the bheris. They offered me limestone to clean the water body I fished from. .

I had no income for months. We had to  tried to manage the situation with my small savings and dry food, rice and atta provided by the panchayat. But after four months, I returned to fishing with the panchayat authorities helping me with fertilised spawn of fish and fingerlings.

A year later, we are poorer than we were before Amphan, but are standing on our feet.