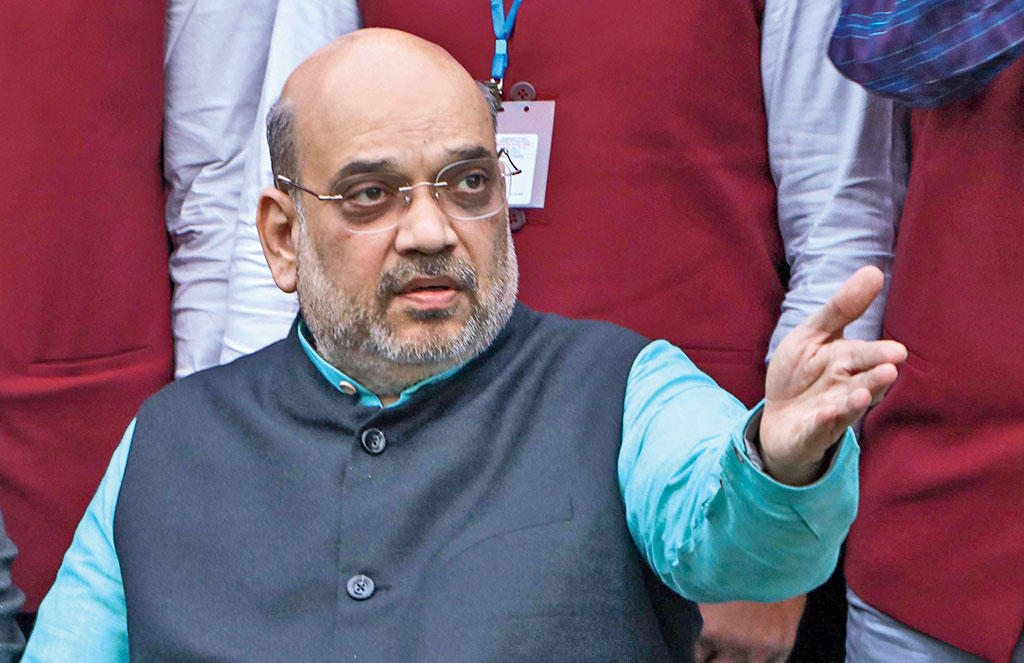 The BJP’s Bengal unit plans to reach out to at least one crore viewers on Tuesday when home minister Amit Shah addresses a virtual rally to kickstart the party’s election campaign ahead of the state’s Assembly polls scheduled in 2021.

The virtual rally for Bengal is being held as part of the BJP’s plan of 75 such rallies across the country by June 30.

“We want to create a record of sorts in terms of attendees for the Bengal virtual rally,” said a state BJP leader.

In the run up to Tuesday’s event, more than 180 videoconference meetings have been held through which state leaders contacted leaders up to the booth level to ensure that people from around 71,000 booths log into social media platforms or switch on their television sets by 9am on Tuesday.

The proceedings of the rally will be streamed across social media platforms and TV channels.

The IT cell of the party, which is handling the technical side of the virtual meetings, has already shared Facebook and YouTube links to the rally with 47 lakh registered party members.

“The event will be big, something unprecedented… Amit Shah will give us the road map for the future,” said Dilip Ghosh, the party’s state president, who will speak from the Calcutta office before handing over the charge to Shah.

Shah will address the virtual rally from Delhi. The state party unit has also shortlisted some BJP members to interact directly with Shah.

“During the course of our preparations, we have seen overwhelming response from all members across the state,” Ghosh added.

According to a state BJP office bearer, the national party leadership had been planning the virtual rally since the first phase of lockdown in March-end.

As a way of resuming political events as the country gradually comes out of the prolonged lockdown, the BJP is targeting 3.5 crore smartphone users in Bengal in its campaigns.

“We have collected lists of party workers with smartphones,” the BJP’s state general secretary, Sayantan Basu, told The Telegraph.

“For tomorrow (Tuesday), each party member has been tasked with getting five to 10 more people to watch the virtual rally with them. For instance, 24,000 workers with smartphones have been identified from Cooch Behar district. Each of them will get five others to watch the rally on their phones. So, from Cooch Behar alone, the target is to engage 1.2 lakh viewers. It is the same for other districts. Similarly, 70,000 viewers are targeted in Jalpaiguri, 1 lakh in North Dinajpur and 40,000 in Bishnupur,” Basu said.

Viewers from outside Bengal and abroad are also likely to watch the rally.

The state BJP leaders had initially planned to hold the virtual rally in an auditorium, but later apprehended that the state government would refuse the necessary permissions. Hence, they decided to use a 150sqft room in the state party headquarters that is normally assigned for media briefings.

“It would be like a proper rally with a stage on which leaders such as Dilip Ghosh, Mukul Roy and Rahul Sinha will be seated. Not more than 12 persons will be inside the room where the virtual rally proceedings will be on,” BJP’s state general secretary Basu said, in an apparent nod to social distancing norms amid the pandemic.