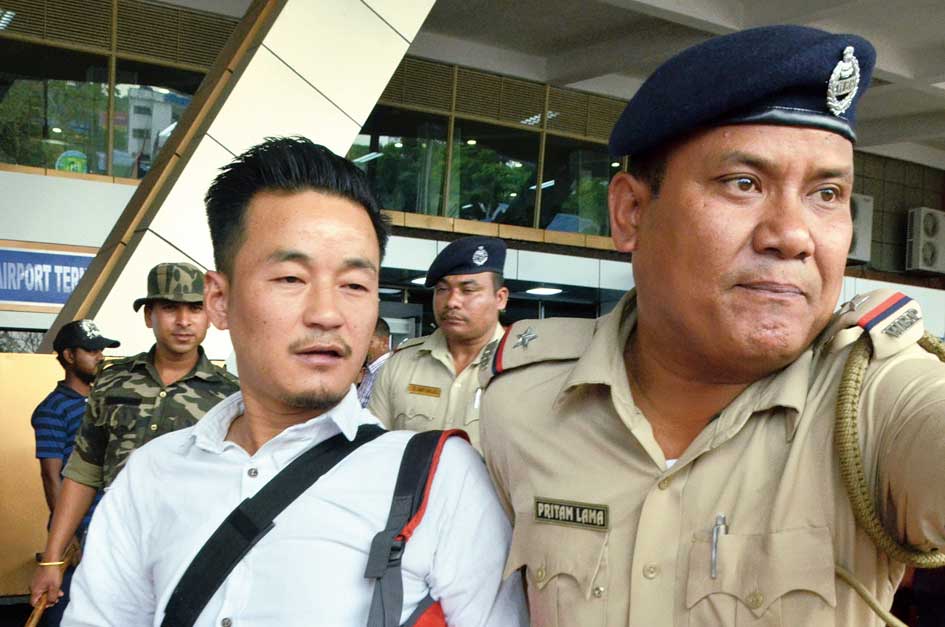 Policemen escort Rohan Rai, leader of the Bimal Gurung faction of the Morcha after their arrival at the Bagdogra airport on Thursday.
Picture by Passang Yolmo
Bireswar Banerjee   |   Bagdogra   |   Published 04.04.19, 08:11 PM

A drama unfolded at the Bagdogra airport on Thursday after Gorkha Janmukti Morcha leaders Bimal Gurung and Roshan Giri did not arrive as announced earlier, but only two of their associates did and were whisked away by cops.

B.P. Bajgain, who claimed to be the spokesperson for the Morcha’s Gurung faction, said Gurung and Giri had put off their visit to avoid giving rivals the chance to foment tension on the pretext of their presence. Gurung and Giri were to head to the hills to campaign for BJP candidate Raju Bista. 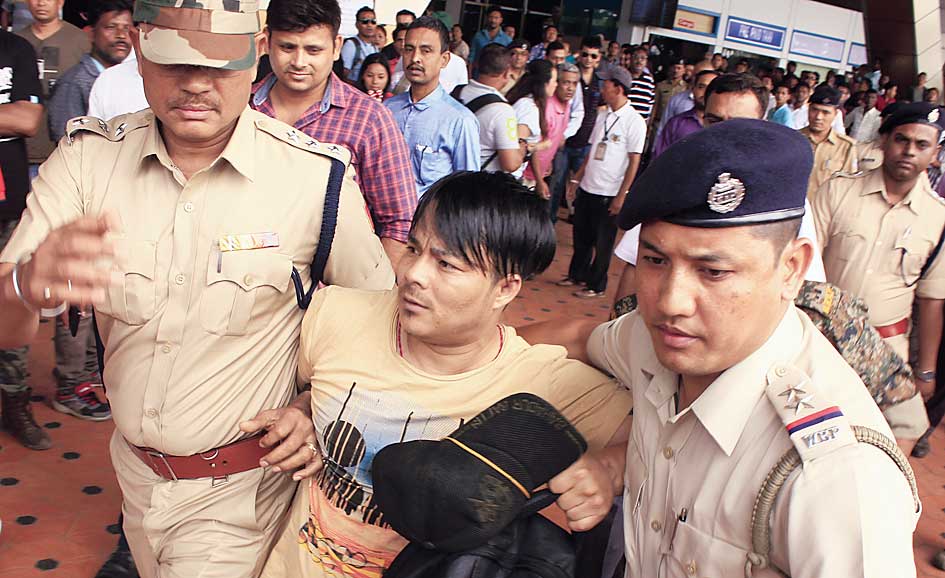 Policemen escort Yogendra Pradhan, leader of the Bimal Gurung faction of the Morcha after their arrival at the Bagdogra airport on Thursday.
Picture by Passang Yolmo

“We were confident of our leaders (Gurung and Giri) will be in the hills. But later, considering the present state of affairs, we felt some people in the hills might try to foment tension because of their presence. That made us postpone their visit,” Bajgain said.

Rohan Rai and Yogendra Pradhan, the two associates taken away by the police, had flown in from Delhi with some documents to be submitted in court, Bajgain claimed.

An anticipatory bail plea for Gurung, Giri and others has been filed in the circuit bench of Calcutta High Court in Jalpaiguri. A hearing on the plea was deferred on Thursday.