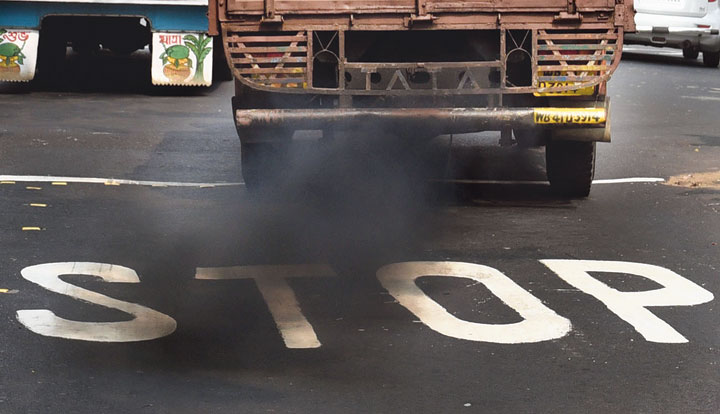 The tiniest pollutants in air that can act as carriers of toxic carcinogenic chemicals and enter the deepest crevices of human organs have already reached “very poor” levels in several places in the city during morning hours.

PM2.5 is the primary pollutant in Calcutta. These are particles less than 2.5 microns in size and the miniscule size allows these particles to get past the nostrils, where bigger particles get stuck.

Scientists said that toxic chemicals attach with particles and PM2.5 acts as carriers of these toxic chemicals, many of which are carcinogenic. “PM2.5 is invisible to naked eyes. They enter the bloodstream and can enter all organs. This is why PM2.5 has the ability to affect any human organ,” a scientist said.

Since this is the period when a lot of people step out for morning walks, the high levels of PM2.5 in air can cause harm, according to public health specialists.

Air quality management specialist Anumita Roy Chowdhury said the levels would continue to increase during winter when the particles cannot disperse but get trapped in the atmosphere immediately above the surface.

Metro reported on Saturday that the state government has planned a series of steps to keep the air quality in check from deteriorating to risky levels.