‘Sender’ arrested from his Darjeeling home 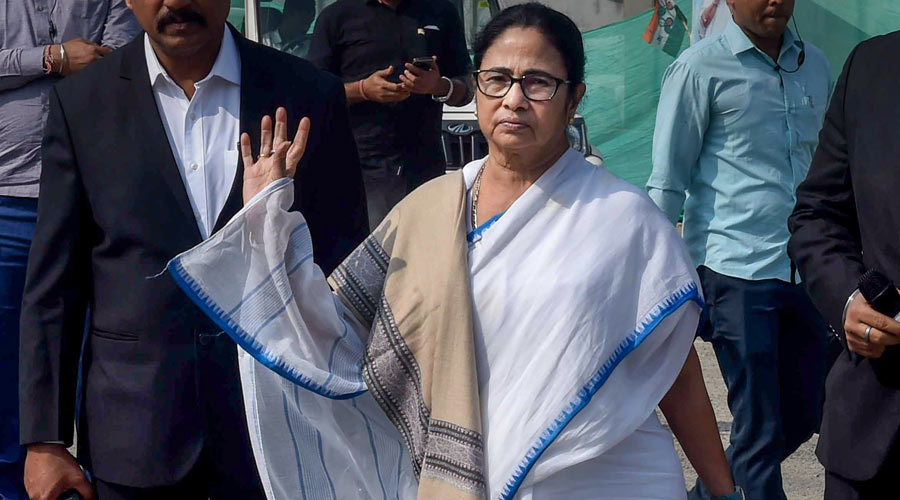 A man, who had allegedly been sending objectionable emails to chief minister Mamata Banerjee using an encrypted email service which is apparently difficult to track, was arrested from his Darjeeling home by Calcutta police on Saturday and brought to the city on Monday.

Dipanjan Mitra, 46, has been booked under sections of the Information Technology Act, 2000, and section 385 of the Indian Penal Code that deals with the offence of extortion, police said.

Sources in the state home department said during the investigation the police found that the emails were sent through Proton Mail service — a Switzerland-based company.

"It took the police some time to trace the sender of the email as this domain apparently offers encryption of data," said a senior official at the state home department.

Multiple e-mails were sent to chief minister Mamata Banerjee and a few senior officials of the state government using "objectionable and abusive" language in English, Hindi and Bengali.

In a few emails, the sender had attached a photograph of an actor-turned-politician and asked the chief minister to treat the person as an "insect", the official said.

"He has referred to that person and advised the chief minister to use insecticide and pesticide to eliminate him," an officer privy to the contents of the emails said.

Many of the emails apparently describe "death and destruction" and are sent from different email ids with names such as "fat boy," "slim boy" and "dead ghost" among others, the officer said. From the Internet Protocol address of the sender's device, the police said they traced the emails to Champasari at Pradhannagar in Siliguri.

The police arrested Mitra from Babubasa in Darjeeling on Saturday, produced him before a Siliguri court on Sunday and brought him to Calcutta on Monday on a transit remand.

The police said they had seized one laptop and a cellphone from his possession and apparently found digital imprints of the multiple email-ids in those devices that were allegedly used for sending the "objectionable" emails.

An officer said Mitra had told them he was earlier employed in the UK. "Asked where in the UK, he named a place in Uttarakhand. Then he clarified, that by UK he meant Uttarakhand," the officer said.

Mitra would be produced again before the court on Tuesday.