A member of the bride’s family said that nearly 1,000 books worth Rs 1 lakh were gifted to Barik because he loves to read 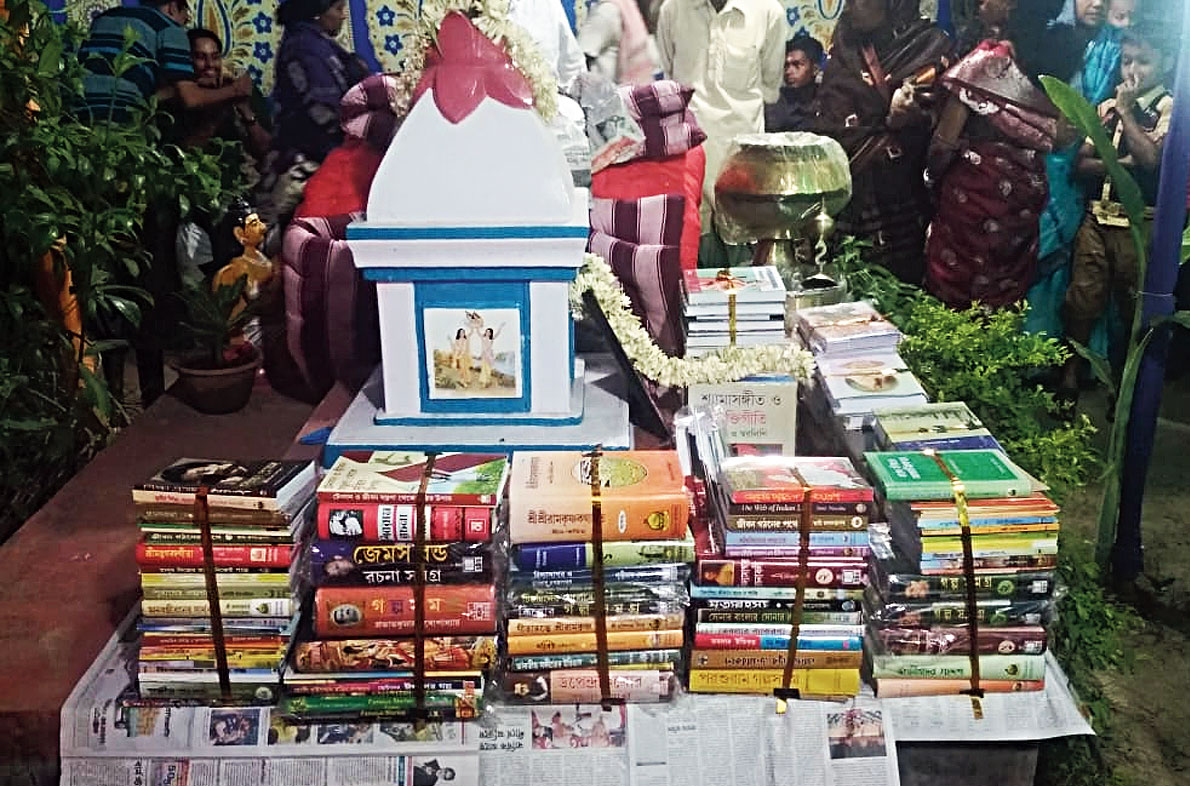 Suryakanta Barik, 30, an English teacher at a private school in Sonarpur in South 24-Parganas, had told his prospective in-laws well in advance that he would not accept any dowry.

On May 14, when Barik arrived in East Midnapore’s Khejuri to marry Priyanka Bej, 21, a final-year student of music at Mugberia College, he was in for a pleasant surprise.

In an unusual break from tradition, the Bej family decided to gift the bridegroom Rs 1 lakh worth of books.

Barik, a resident of East Midnapore’s Hirinchi village, said: “I had made it clear that I would not accept any dowry. When I arrived for the wedding, I was pleasantly surprised to find a huge pile of books as gift.”

A member of the bride’s family said that nearly 1,000 books worth Rs 1 lakh were gifted to Barik because he loves to read.

It’s not just Barik, even Priyanka shares his love of reading books.

“My family knew that I don’t like the concept of marriages that involve giving or taking dowry. So I am very grateful to have a husband who understands that. My father also knew that I love to read. That’s why he gave us this gift,” said Priyanka.

“I had requested relatives and friends not to bring any gifts. If they wished, I told them, they could bring flowers or books,” said Manna, uncle of the bride, a resident of West Midnapore’s Daspur.

Barik said with so many books that he had received as gifts, he was eager to start his own library.

“I want to build a small library at my home that will be accessible to my neighbours too,” he said.

Susanta Das, 45, a relative of Priyanka and resident of Mitrachak village in Khejuri, who attended the wedding and gifted a book to the couple, said it was a welcome gesture.

“People read fewer books these days thanks to Internet. I hope this will encourage people to gift books,” said Das, a fishery owner.