The cancellations made by Eastern Railway drives demand for flight and bus tickets to Calcutta, resulting in a surge of fares during this period 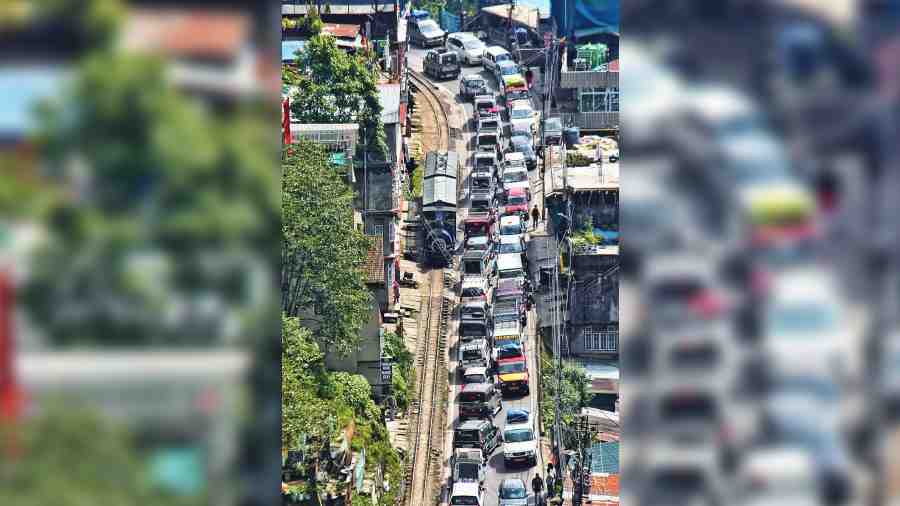 Stakeholders of the tourism industry in north Bengal on Wednesday pointed out that the cancellation of a number of trains which connect the region to Calcutta and some other parts of India for four days from Friday will affect the sector that is trying to come out of the woods after being hit by the pandemic.

From May 27 to 30, as many as 43 trains have been cancelled by the Eastern Railway (ER) for non-interlocking work at Bandel, Adisaptagram and Magra stations at the Howrah-Burdwan section of the ER. Among these include around 30 trains which connect Calcutta and south Bengal with north Bengal and the Northeast.

Sources in railways said non-interlocking is necessary because a third line will be commissioned along the route.

But the tourism industry is already paying a price.

“Last month, the industry faced losses as flight movements remained suspended for a fortnight for runway maintenance at Bagdogra airport. Now, trains are being cancelled for certain mechanical work in south Bengal. This is another jolt for the industry,” said Debasish Maitra, president of the Eastern Himalaya Travel and Tour Operators’ Association.

Hoteliers in the hills and the Dooars said that tourists who were supposed to take trains to reach this region in these upcoming four days have cancelled their trips.

“Also, those who were scheduled to return from different destinations of north Bengal via trains have also called off their trips. It is a major loss for the industry as cancellations are still going on,” said Biplab Dey, assistant secretary of the Dooars Tourism Development Forum.

Tourism industry sources said this upcoming break apart, the hills are flooded with visitors and occupancy rate in most hotels had crossed 90 per cent. Every day, traffic snarls in major roads of Darjeeling are reported as thousands of vehicles with tourists move in the hill town.

Also, tourists are visiting the Dooars and the neighbouring state of Sikkim.

“It is an ideal time to travel as board exams are over, and in our state, summer holidays have been announced. Hence, families are visiting the hills in droves to enjoy the comparative chill as the heat is often intolerable in south and central districts of Bengal,” said Samrat Sanyal, general secretary of the Himalayan Hospitality and Tourism Development Network.

“At a time the industry is finding its feet, the sudden cancellation of trains is a fresh poser,” Sanyal added.

Hoteliers and other stakeholders, he said, are keeping fingers crossed and hoping that the tourist inflow continues after the four-day train break and during June in the hills until the monsoon sets in.

“In the Dooars, the tourist inflow will be steady for another fortnight or so, till reserve forests close down from June 15 for a period of three months like every year,” said a resort owner based in Lataguri.

The cancellation of trains has driven the demand for flight and bus tickets to Calcutta, resulting in a surge of fares during these four days.

The one-way fare of Bagdogra-Calcutta flights that usually remains within Rs 3,000  has crossed Rs 10,000.