The killing was possibly the fallout of a personal rivalry: CID 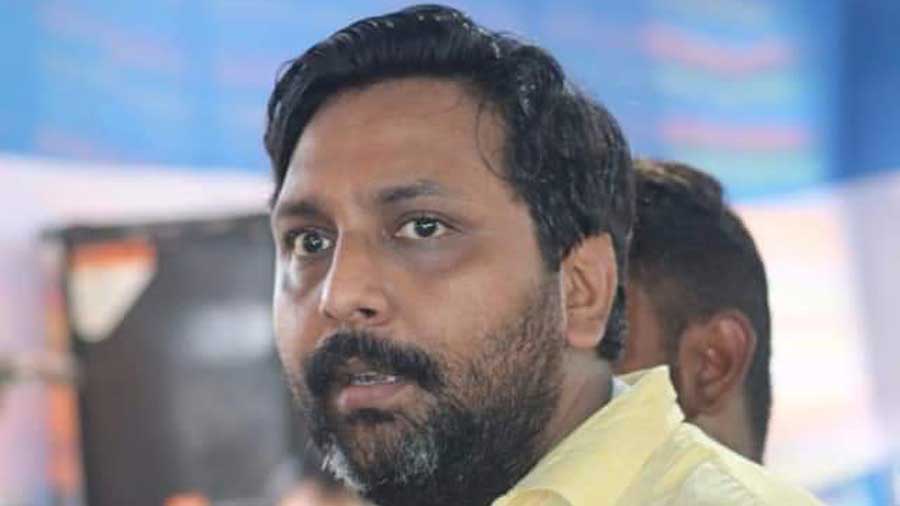 The Criminal Investigation Department on Tuesday arrested three persons in connection with the murder of BJP leader Manish Shukla and said the killing was possibly the fallout of a personal rivalry.

The father of the deceased lodged an FIR holding two Trinamul leaders from Titagarh and Barrackpore responsible for his Shukla’s death.

Mohammed Khurram and Seikh Gulab were arrested after a team of investigators scanned CCTV grabs of the incident and then started a search for two motorcycles that the alleged assailants had used on the night of October 4.

One was a Bajaj Pulsar and the other, a Royal Enfield. Shukla had been gunned down on October 4 night.

After several rounds of interrogation, the police learnt that Khurram and Shukla had been at loggerheads ever since the former’s father had been killed and the latter was named as one of the accused.

Investigating officers said the murder was a fallout of an old rivalry between the two and Khurram had been planning the revenge for long.

“There are reasons to believe the assailants had roamed the area several times over the last few weeks and were aware of the time Shukla would usually visit the BJP office in Titagarh,” said a police officer.

“They also had specific tip-off that Shukla’s bodyguard was not around for almost a week and he had been moving around unarmed ever since the police had seized his revolver claiming it had a fake license,” added the officer.

A Titagarh-based businessman, Khurram, the police said, had hired Gulab for the murder. Nazir Khan, the third man to be arrested, was also a close associate of Khurram.

The preliminary post-mortem report said Manish had 14 injury marks on the body. Out of these, four bullets were lodged in his head, neck, throat and chest. Rest had pierced his body.

“We are still looking for a few others who may be involved in this case,” said a senior CID officer. “But primarily, this doesn’t appear to be a case of political murder.”

Manish’s family, however, were not satisfied with the arrests and the claims made by the police.

On Tuesday, Shukla’s father Chantra Mani, a doctor, lodged an FIR with the Titagarh police holding Uttam Das and Prasanta Chowdhury, the immediate past chairmen of Barrackpore and Titagarh municipalities, and Trinamul trade union leader Rajendra Yadav as the key conspirators in his son’s murder.

“I have reasons to suspect these three behind Manish’s murder. He had told me on several occasions that three were creating trouble for him and were egging on others to harass him,” Chantra Mani told The Telegraph on Tuesday.

The Trinamul leaders rejected the charges.

They said it was a ploy by the BJP to tarnish Trinamul’s image ahead of the Assembly elections. “It is a political conspiracy hatched by the BJP. Their local MP Arjun Singh has used his clout to convince Manish’s father to name us in the FIR to tarnish our image,” Das said.

Singh, the BJP MP from Barrackpore, said his party would move the high court demanding a CBI probe into the murder. Singh reiterated his claim that sophisticated arms, which are usually used by the police, were used to kill Shukla.

Shukla was known for his proximity to Singh.

“How can we trust the CID investigation when we have proof that the CID officers are behind the planning and execution of Shukla’s murder,” Singh said.