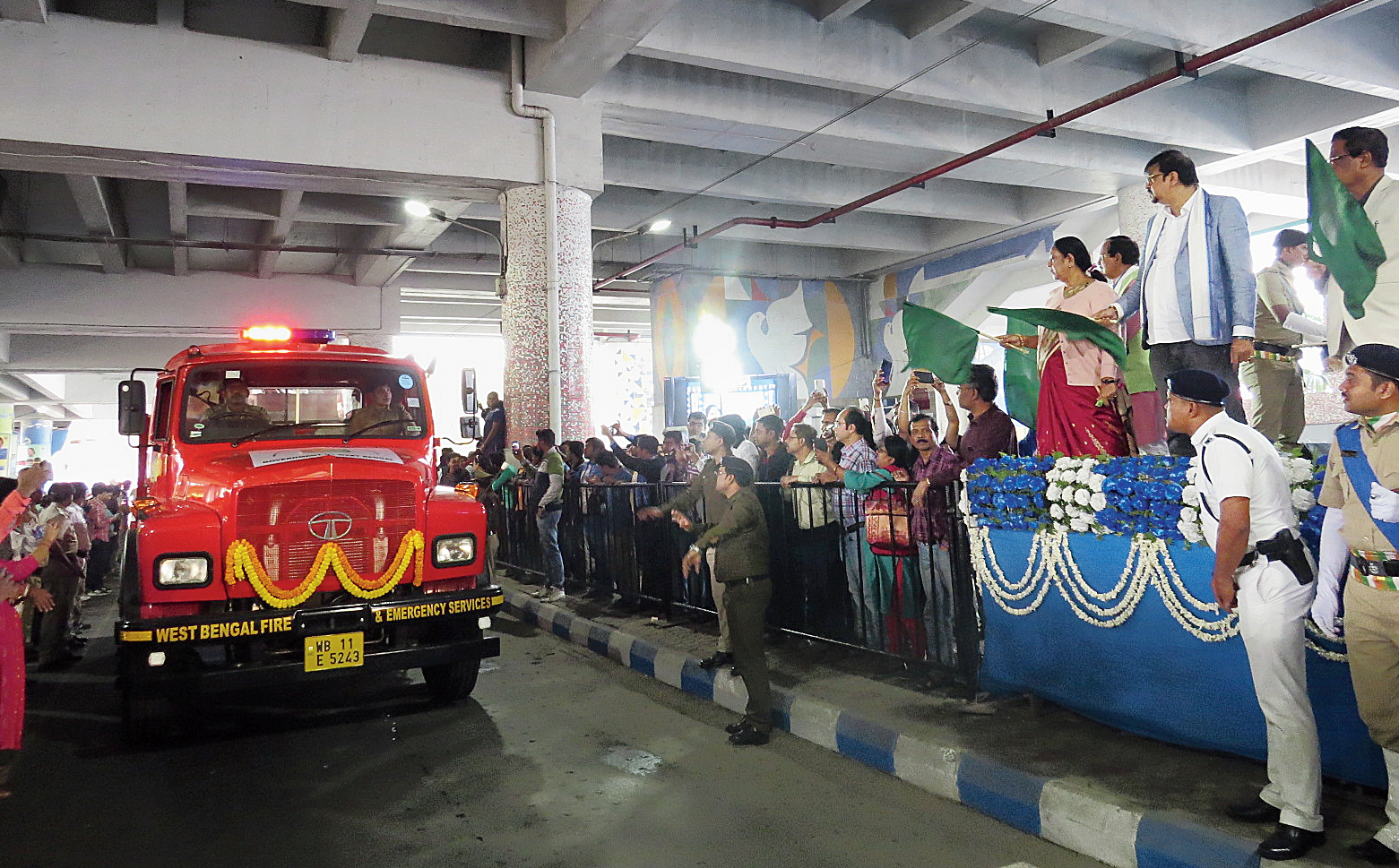 The fire and emergency services on Wednesday added vital equipment to their arsenal.

As giant screens installed in front of Bikash Bhavan showed chief minister Mamata Banerjee announcing the virtual inauguration from a programme in Bankura, the department minister Sujit Bose started flagging off the 24 fire-fighting vehicles that were added to the fleet. They included 12 water bowsers that can carry 14,000 litres of water with high and low pressure pumps and can be used as foam generator. There were 10 breakdown vans as well. These vans, according to officials, are capable of lifting other vehicles and objects weighing up to five tonnes.

The interior of the bus that will serve as mobile control room at the spot in case of big fires. It is fitted with CCTV cameras to monitor the situation outside, telephones and illumination to light up the surroundings.

But the two new entrants that received the maximum attention were mobile control room vans. Looking no different from luxury buses from outside, they have fitted on them four CCTV cameras, two at the front and two at the back to allow monitoring of the situation outside. They also have two telephones for communication and 20,000 lumens of illumination to light up even pitch-dark spots. The combined bill came to Rs 7,38,11,537.

“We are harnessing technology as much as possible. We have five ladders of 68m, 55m, 54m, 42m and 30m height. We have acquired fire balls to combat fires in closed spaces last year. We have plans to get four robots. Where firemen cannot go in they will be sent to combat fires. We are focusing not just on fire extinguishing but also on fire prevention. So fire audits have been started in big markets,” Bose said.

The department currently has 142 fire stations across Bengal. Four in the districts were inaugurated on Wednesday. “We plan to reach 200,” he added.