The project will have to be completed by January next year: Mamata 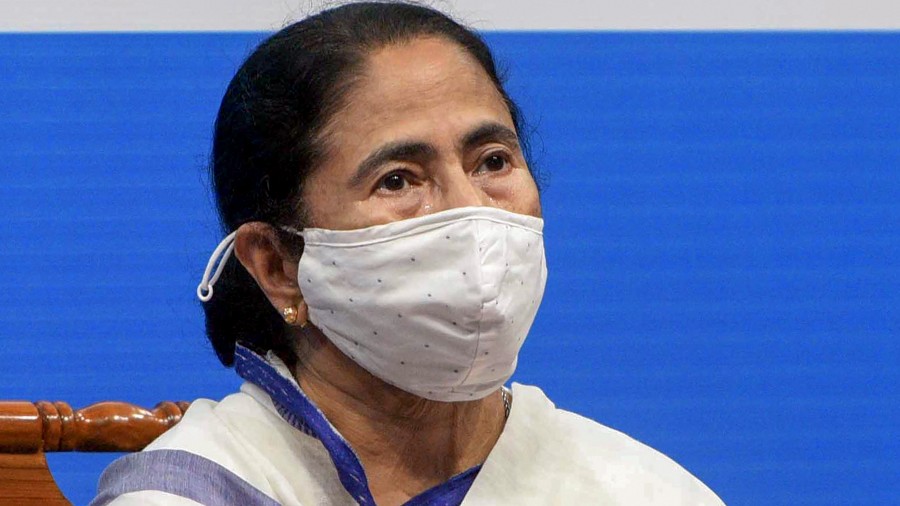 Chief minister Mamata Banerjee on Thursday announced and launched a scheme under which 7,000 stretches of roads with a combined length of 12,000km would be repaired in four months.

Mamata launched Pathashree Abhijaan at Purba Dhantala near Siliguri while wrapping up her visit to the city. Purba Dhantala is in the Dabgram-Fulbari Assembly seat represented by tourism minister Gautam Deb.

“On the occasion of Mahatma Gandhi’s birth anniversary, our government is taking up the project to repair 12,000km of roads across the state,” said Mamata.

She went on elaborating on the development of road infrastructure in the state after Trinamul had come to power in 2011. According to her, the total length of roads in the state was 92,023 km till 2011.

“We could increase the total length of roads in the state to 3.16 lakh kilometres in the past eight years, which means an increase of 244 per cent,” said the chief minister.

Mamata said the road repairs would have to be completed by January next year. “If any discrepancy is noticed in executing the project, we will take appropriate actions,” the chief minister said.

According to a survey, sources in the state government said, a total of 17,000km of roads in the state need urgent restoration and repairs. Of them, 7,000km of rural roads are maintained by the panchayat department and the remaining by the state public works department.

The state government plans to take up the repair of 12,000km of roads initially.

“A majority of these roads were built under the PMGSY scheme in rural areas more than five years ago. As the maintenance liability of the contractors is usually for five years, the state has to repair the roads now,” said a senior official.

As most of these roads are in rural areas, the ruling establishment is keen on repairing them immediately, considering the coming Assembly polls. Once these roads are repaired, the state government would consider taking up repairs on the remaining 5,000km of roads.

“These roads are mainly semi-urban or district roads and can be repaired later as their condition is not so bad,” said the official.