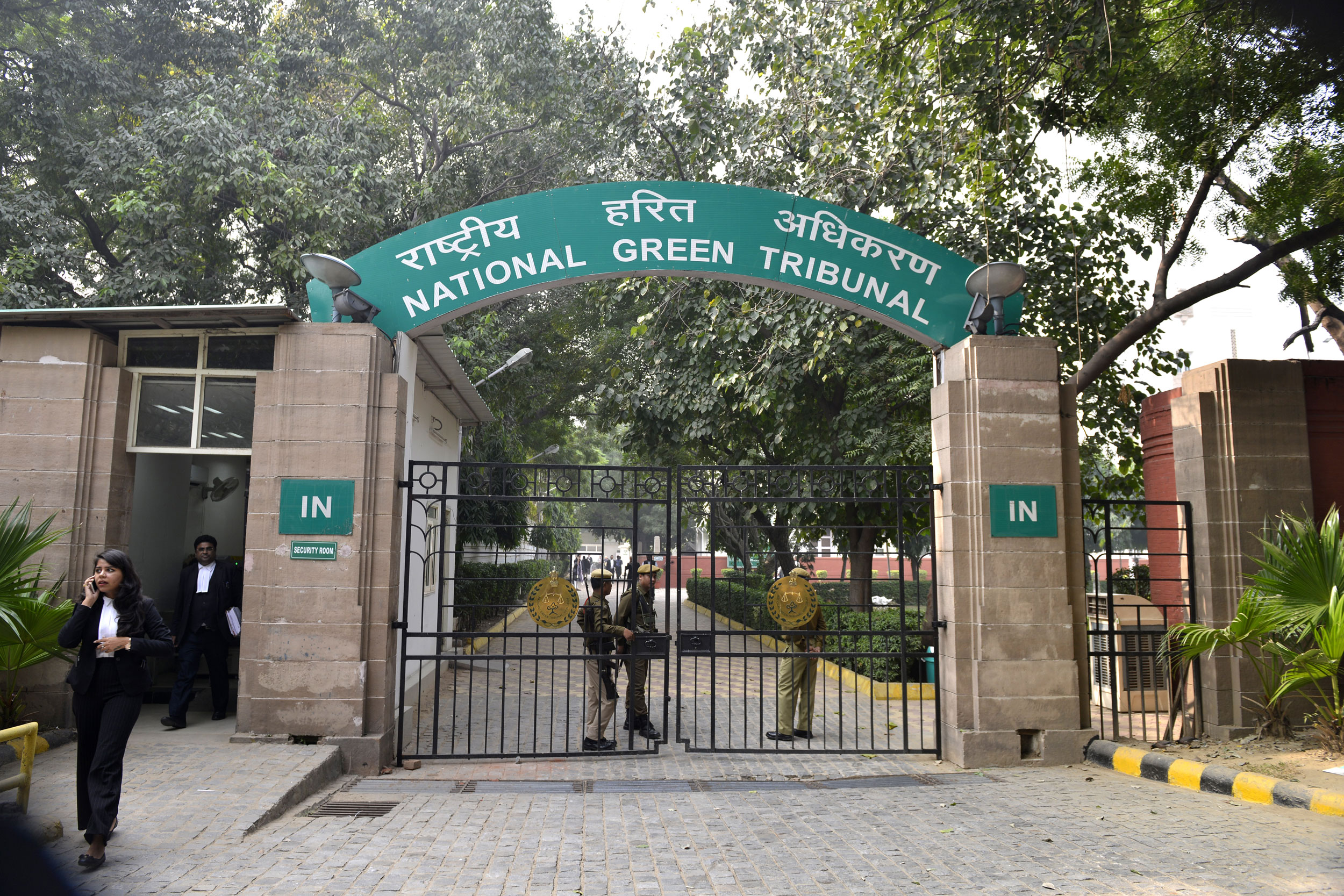 The National Green Tribunal on Wednesday imposed a fine of Rs 10,000 each on the Ghaziabad Municipal Commissioner and the executive officer of the civic body for their failure to remove encroachments in the green belts in compliance of its direction.

A bench headed by Justice Raghuvendra S Rathore asked the municipal corporation to execute its order on removal of encroachments within 30 days.

“The facts and circumstances leaves no room of doubt that compliance of the order of the Tribunal have not been made so far, much less to say within a period of 30 days even from December 11, 2019. The tribunal has no option but to pass order is respect of the failure on the part of the officer of the Municipal Corporation to execute the order within 30 days,” the bench said.

The tribunal said,”Consequences for such failure were already indicated in the previous orders and therefore, we are of the considered opinion that a cost of Rs 10,000 in equal shares, shall be deposited by the Commissioner as well as Executive Officer of Municipal Corporation, Ghaziabad, within one week, with NGT Bar Association”.

In case of failure to do so, the said cost shall be recovered as arrears of land revenue by the Collector from the officers, in their individual capacity, the NGT said.

The tribunal directed the commissioner and the executive engineer of the Ghaziabad Nagar Nigam to remain present on March 4, the next date of hearing.

It said the commissioner has made efforts to convince by submitting that steps for removal of the encroachment had been taken. “However, the fact remains that the encroachment at the site has not been fully removed and there cannot be any dispute about the fact that the time granted has expired long back,” the NGT said.

The tribunal on December 11 had directed the municipal corporation to remove illegal encroachments in the green belts under its jurisdiction within a period of 30 days.

The tribunal's direction came after petitioner advocate Shariq Abbas Zaidi alleged that NGT's February 8 order directing the Municipal Corporation of Ghaziabad to take immediate steps for removal of encroachment from green belt has not been executed.

The petitioners had sought action against the encroachments in the green belt area and reckless dumping of waste by the municipal bodies.

The plea had alleged that Hotel Radisson Blu which is located at Kaushambi has destroyed the entire green belt situated along with the road solely for their parking purposes and even converted the area into a party lawn.