Singh was inducted into the SP in the presence of party chief Akhilesh Yadav, and Mulayam Singh Yadav 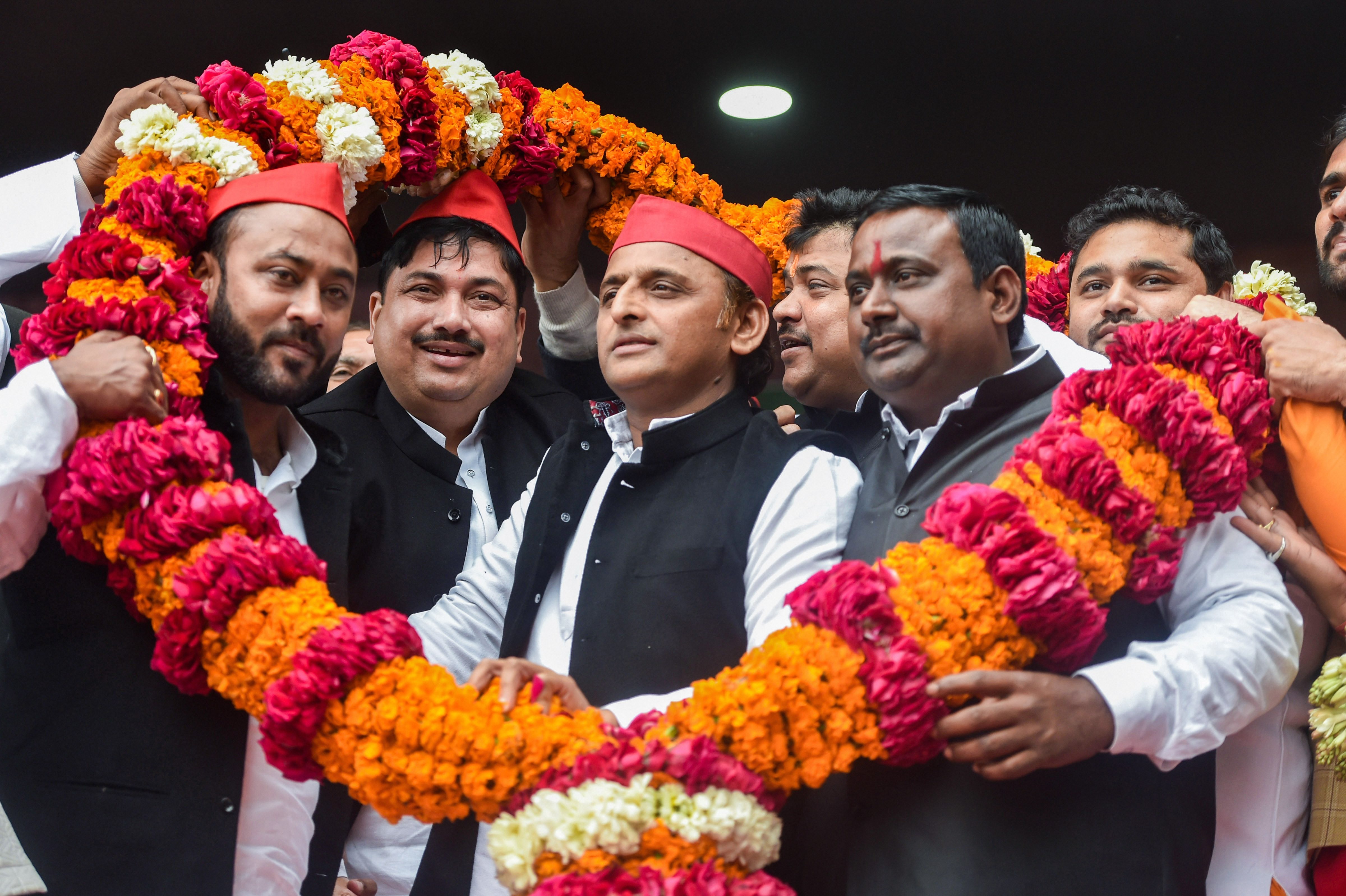 Once seen as the right hand man of Yogi Adityanath, at least till he became the Uttar Pradesh Chief Minister three years ago, former chief of Hindu Yuva Vahini (HYV) Sunil Singh on Saturday joined the Samajwadi Party.

Singh was inducted into the SP in the presence of party chief Akhilesh Yadav and Samajwadi Party patriarch Mulayam Singh Yadav.

Singh along with some others were expelled from the HYV, formed by Adityanath in 2002, on charges of indiscipline in 2017. He had then created a splinter outfit and declared himself as its national president.

Welcoming Singh and others to the SP fold, Akhilesh Yadav said, 'The days of the Adityanath government are numbered and the countdown has already begun.'

He said the BJP government has slapped cases against opposition leaders for protesting against its policies.

'The government is doing injustice from day one and false cases are being lodged for protesting,' said the former chief minister, adding the BJP only promoting communalism and creating a Hindu-Muslim divide.

Akhilesh said he was happy that HYV workers were with the SP now and hoped that they would unmask the real intentions of the BJP.

On the occasion, Mulayam Singh Yadav termed the youth as the future of the SP and said that farmers, youth and traders have to be strengthened to make India a developed country.

Singh's shift of loyalty assumes significance as the HYV was founded to promote 'Hindutva and nationalism' and went on to play a significant role in shaping Adityanath's political rise in Uttar Pradesh.

But signs of early strains were noticed when some ambitious HYV members sought to contest the state Assembly polls, a demand rejected by the BJP, triggering massive resentment within the outfit.

Singh was removed from the HYV in January 2017 ahead of the Assembly elections after he threatened to field HYV candidates against BJP nominees to protest the denial of tickets.

In March, Adityanath became the chief minister after the BJP's spectacular performance in the polls. Within a year, the HYV split as the conflict between the duo intensified and Singh formed the Hindu Yuva Vahini (Bharat) along with several other HYV rebels.

Singh was also slapped with the National Security Act in 2018 and jailed for his alleged involvement in violence at Gorakhpur. It was from this point of time that his proximity to the Samajwadi Party started growing.

Singh wanted to file his nomination for the 2019 Lok Sabha election from the Gorakhpur constituency as a candidate of the Hindustan Nirman Dal launched by Pravin Togadia, the former Vishwa Hindu Parishad leader.

However, the district magistrate and returning officer of Gorakhpur K Vijayendra Pandian ordered the cancellation of his nomination on technical grounds, prompting Singh to allege that it was done at the behest of Adityanath.