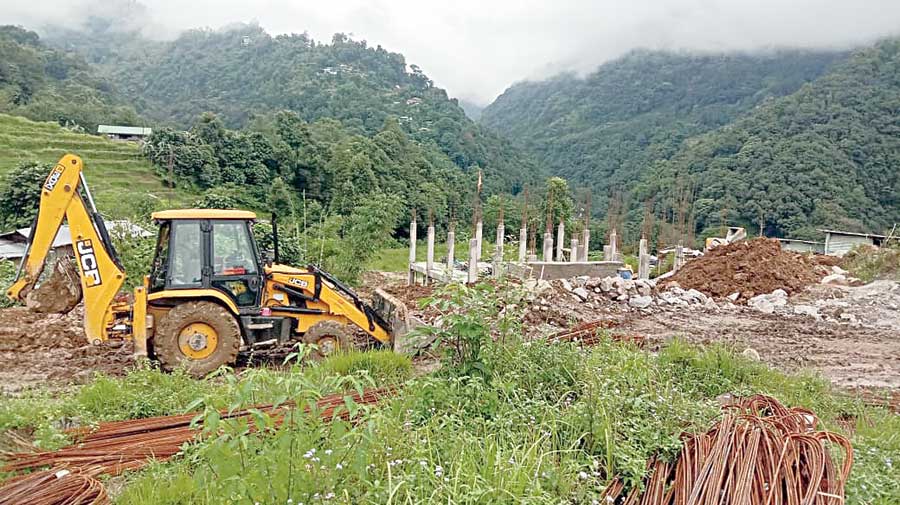 The students of Government Vocational College  at Dentam in West Sikkim have threatened to take the agitation path from September 12 if their long-pending demands, including introduction of post-graduate courses and permanent campus, are not met by the state government.

The college, which was set up in 2017 with under-graduate courses in tourism, software development and retail management, operates from a rented building and has a student-strength of 160. The first batch of 60-odd students would have graduated in June, but the final exams had to be postponed because of the Covid-19 pandemic.

Apart from starting PG courses and permanent campus, the other demands of the students are providing facilities like on-the job training, field trips, internships, workshops and industrial visits with financial support and provisions like laboratory, library, Internet and buses.

“From September 12, 2020, we the students of GVC Dentam are going to start a series of activities to press for the immediate fulfillment of our demands. This will go until all our demands are fulfilled unconditionally,” said the students in a release issued in Gangtok on Tuesday.

The students regretted that despite several petitions to both the previous and present governments, nothing had been done to address their issues. “Despite receiving verbal assurances from chief minister downwards, there has been no progress on the ground. The students have been rendered helpless as a result of the total negligence on the part of the concerned department and the government,” the students alleged.

Punyaprasad Sharma, the principal of GVC Dentam, said the permanent campus spread over seven acres was coming up, but admitted to the delay in construction because of various factors, including disruptions caused by the pandemic.

“The construction was started in 2019. Plinth level work is going on,” he said, adding the Union ministry of human resource development had sanctioned Rs 26 crore for the project.

Sharma said since the new campus would take time to be completed, a proposal was mooted to shift the college to a bigger building owned by the government at Dentam. “But the proposal has been stalled because of the pandemic.”