Yuvi is a very simple and very emotional guy: Nehra

'You have contributors and you have match-winners. Yuvi falls in the latter category' 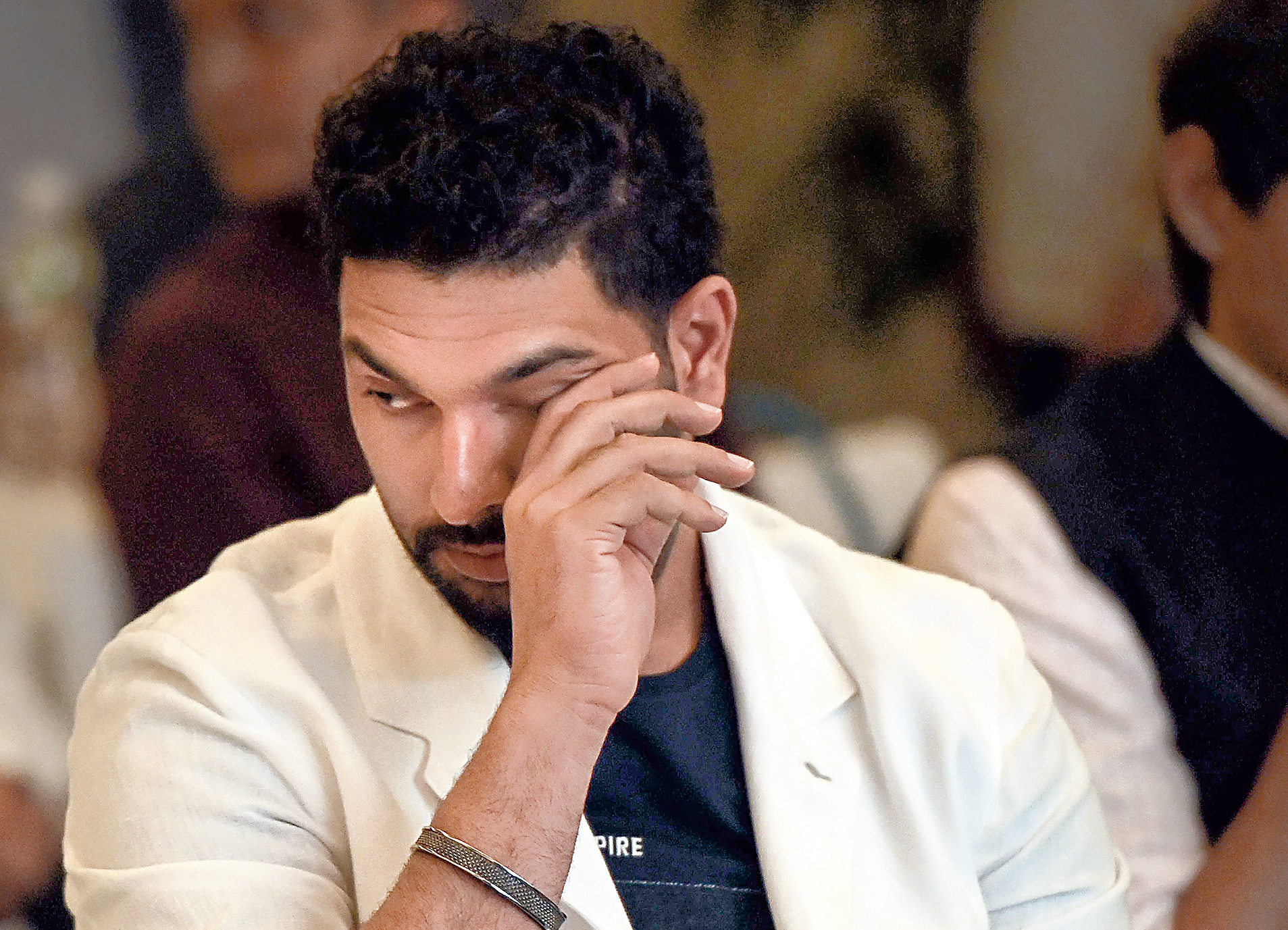 Sachin Ramesh Tendulkar has been Yuvraj Singh’s idol, but if there’s one cricketer who could be considered closest to him, then it’s former India pacer Ashish Nehra.

Late on Monday, The Telegraph spoke to Nehra, who is currently at his villa in Porvorim (Goa).

Q Yuvraj spoke to you before deciding to retire from playing for and in India. What did you tell him?

A I met Yuvi in his Mumbai apartment on Saturday night. That’s when he talked about the impending announcement... I said ‘achcha time hai’... Retirement is a personal thing. I may feel X should continue, but what matters is what X feels. After all, he has to play. Yuvi’s had an exceptional career, an amazing career. But, as with all sportspersons, regrets remain.

Q Wasn’t there a stage when Yuvraj got a raw deal from the powers that be?

A Today, we should dwell on Yuvi’s highs, although his career has had lows as well... After a certain age, the body starts to shut down... Yuvi got dropped too... Everybody cannot have a career like Sachin’s. Often, those who have a great start, don’t quite end on a high. Yet, you will come across instances of an ordinary beginning, but with the cricketer in question actually going on to end on a memorable note.

A You have contributors and you have match-winners. Yuvi falls in the latter category... As a batsman, his best years were from 2005 to 2007, that’s when he was playing at another level. Yuvi brought plenty to the table... With his batting, left-arm spin and the high standard of fielding in the point area. In Tests, for much of his career, there were real big names in the middle order... Yuvi used to be under pressure…Where white-ball cricket is concerned, it’s not easy batting at No.5 or No.6… Purely skill-wise, at his best, he was as good as Sachin. In the long run, however, skill alone doesn’t matter.

Q Your take on Yuvraj as a person?

A Basically, Yuvi is a very simple and very emotional guy. He’s always had a certain image, but he’s a normal Punjabi boy, fond of butter chicken and parathas!

Q Yuvraj’s cricket achievements are on one side, but he has also become an inspiration to those battling cancer...

A Definitely. Yuvi has been through it all and, so, feels for those who are possibly experiencing a lot of pain. He’s working through his Foundation, which is creditable.

Q Last one... What should Yuvraj do now?

A (Laughs) Chill! Of course, Yuvi wants to play in the T20 Leagues, but there’s no cricket-induced pressure on him.