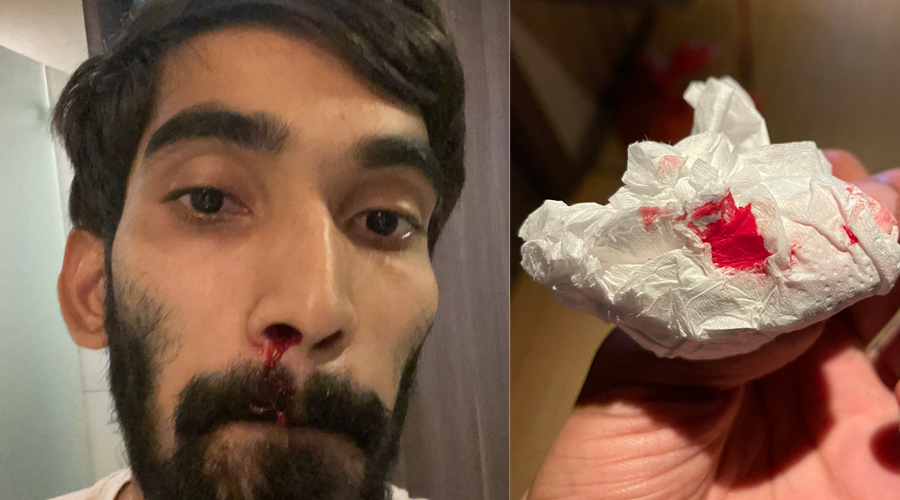 After a harrowing few hours in Bangkok, both Saina Nehwal and HS Prannoy were cleared to participate in the ongoing Yonex Thailand Open on Tuesday.

Earlier in the day, chaos prevailed as Saina’s Covid-19 test came as positive while Prannoy’s sample came out negative after a positive result.

Former Commonwealth Games champion Parupalli Kashyap too was asked to withdraw “due to close proximity” with wife and fellow-shuttler Saina.

Thankfully for the Indian camp, reports of the fourth round of tests confirmed that both Saina and Prannoy had tested negative.

After timely intervention by the Badminton Association of India (BAI), matches for the respective players were rescheduled and no walkover was given to their opponents.

BAI officials also ensured that Kidambi Srikanth, who has started bleeding through the nose following repeated Covid-19 tests, was attended to by doctors. “BWF and Badminton Thailand were cooperative and BAI thank all the stakeholders for their support, including the tournament organisers,” the Indian body said in a statement.

According to the statement, matches will be rescheduled for Saina and Kashyap. However, Kashyap’s participation was still hanging in the balance as his last report was awaited.

But why the confusion? According to a Badminton World Federation (BWF) media release which stated the “reasoned decisions from the Diagnosis and Investigation Committee of the Thailand Ministry of Public Health”, Saina and Prannoy’s antibody tests came as positive.

“This can happen if a person has been infected with the Covid-19 virus at some point in the past. It does not mean they are currently infected.” Both players had contracted Covid-19 in 2020 and had recovered and were not“a danger to the tournament.”

Earlier Saina, a London Olympics bronze-medallist, had tweeted: “I still didn’t receive the covid test report from yesterday it’s very confusing and today just before the warm up for the match they tell me to go to hospital in bangkok ... saying that I m positive ..according to rules the report should come in 5 hours...”

Former world No. 1 Srikanth bled badly from the nose after undergoing multiple Covid-19 tests. Miffed at the poor treatment received from the health officials at the Thailand Open, he called it “unacceptable”.

“We take care of ourselves for the match not to come and shed blood for THIS. However, I gave 4 tests after I have arrived and I can’t say any of them have been pleasant. Unacceptable,” an upset Srikanth wrote on his twitter handle. The 27-year-old, who is scheduled to open his campaign on Wednesday, shared photographs of his nose bleed after he was tested for the fourth time.

The BWF said Srikanth is being attended to by a doctor and it is awaiting a medical explanation. The BAI, too, had taken up the matter with the organisers. “A doctor from the Department of Disease Control and the Covid-19 testing team is attending to Srikanth Kidambi. BWF is still awaiting a medical explanation from Badminton Association of Thailand and the Department of Disease Control as to the reasoning for the occurrence,” a BWF official said.

World champion P V Sindhu suffered a shock defeat on her return to international badminton, losing in three games to Denmark’s Mia Blichfeldt in the opening round.

Sindhu made a good start, opening up a 6-3 lead and never allowing her opponent to grab the advantage to take the opening game. In the second game, the Indian once again moved ahead to an 11-8 advantage but the Danish girl came back strongly and turned the tables at 15-14.

After a neck-and-neck battle, it was Blichfeldt who showed better nerves to make a roaring comeback. In the decider, Blichfeldt carried on the momentum of the second game and won the third.

Earlier in the day, the Indian mixed doubles pair of Satwiksairaj Rankireddy and Ashwini Ponnappa claimed a 21-11, 27-29, 21-16 win over the Indonesian duo of Hafiz Faizal and Gloria Widjaja.

However, the Indian women’s doubles pair of Ashwini and N Sikki Reddy went down 16-21, 7-21 to Korean fourth-seed pair of Kim So Yeong and Kong Hee Yong.