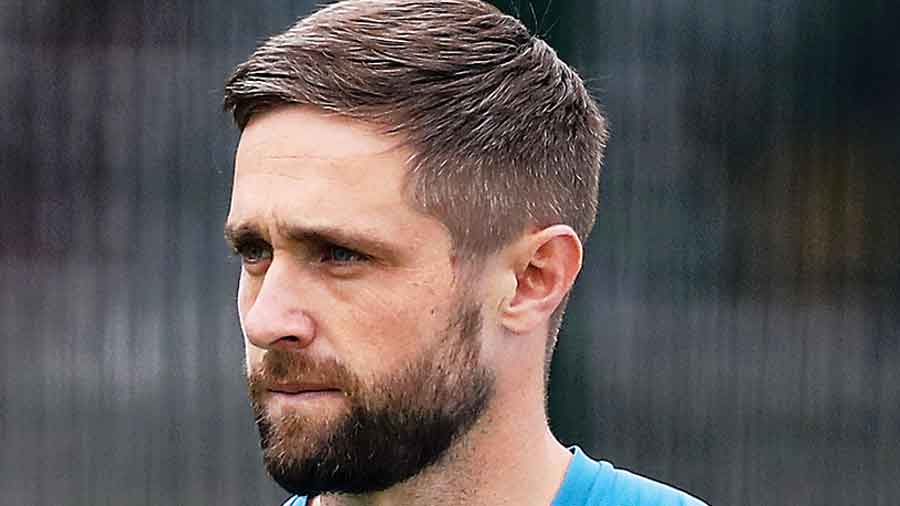 England pacer Chris Woakes says it would have been extremely tough to play in three back-to-back tournaments so he chose the T20 World Cup and the Ashes over the Indian Premier League (IPL).

Woakes, who plays for the Delhi Capitals, pulled out of the tournament along with Jonny Bairstow (Sunrisers Hyderabad) and Dawid Malan (Punjab Kings).

“My inclusion in the World Cup squad, I didn’t know was going to happen – especially a couple of months ago. The IPL has been rescheduled and thrown on to the end of our summer,” Woakes was quoted as saying by The Guardian.

“With the World Cup and the Ashes, it would have been too much in a short space of time. I would have loved to have been part of the IPL but something has to give,” Woakes, who will play for Warwickshire this week, said.

Australia bowler Ben Dwarshuis has replaced Chris Woakes in the Delhi Capitals squad for the remaining part of the IPL. Woakes had taken five wickets for Capitals in three games in the first half of the season.

Dwarshuis has a haul of 100 T20 wickets — with a best of 4 for 13 — and a strike rate of 17.30. Dwarshuis, who plays for Sydney Sixers in the Big Bash League, is the sixth-highest wicket-taker in the tournament, with 85 wickets in 69 matches.

According to a statement from Delhi Capitals, Dwarshuis will be “joining the Delhi Capitals team bio-bubble in the UAE soon”. This will be Dwarshuis’ second stint in the IPL after he was a part of Punjab Kings (then Kings XI Punjab) in 2018, though he didn’t get a chance to play.

Woakes said the T20 World Cup, set to begin in the UAE and Oman after the conclusion of the IPL, and the Ashes series assume greater significance.

“A World Cup and an Ashes tour, it’s almost as big a winter as our summer was in 2019. It’s a shame with what’s going on Covid-wise that it’s not going to be as normal as everyone would like. But, from a cricket perspective, it’s very exciting.”

Woakes has shown keen interest in travelling to Australia for the Ashes when a lot of British players are unsure of going Down Under due to expected stringent restrictions. Players are still unsure whether family members will have to undergo hard quarantine.

Clarity should come shortly, allowing individuals to state their availability before England’s squad is chosen by head coach Chris Silverwood.

Delhi Capitals players, who were part of the Indian Test squad in England, reached Dubai on Sunday. Rishabh Pant, who had taken over as captain after regular skipper Shreyas Iyer picked up an injury during the first half of the IPL in April this year, Ravichandran Ashwin, Prithvi Shaw, Ajinkya Rahane, Axar Patel, Ishant Sharma and Umesh Yadav all tested negative for Covid-19 upon arrival.