Wait in hope behind Covid curtain 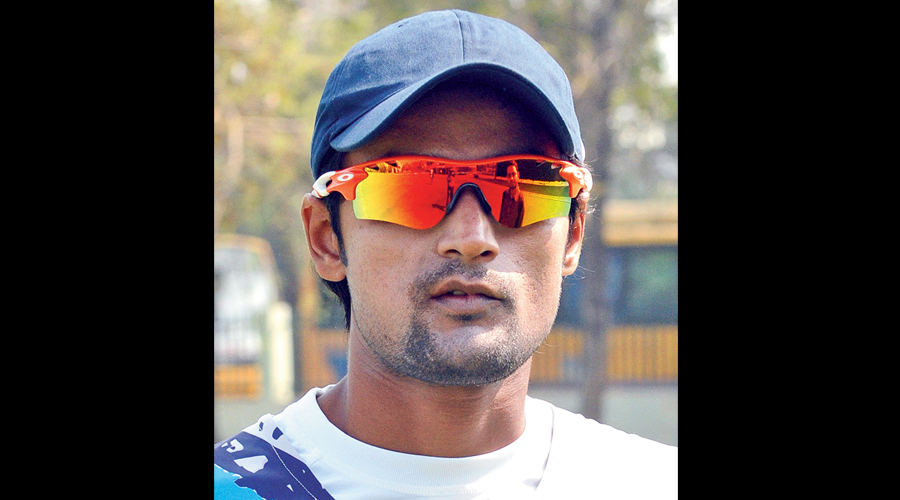 Top-level international cricket has mostly managed to defy the pandemic while staging matches. But the same cannot be said about the ‘A’ team tours and age-group cricket.

In India, it’s mainly the young aspirants and those without IPL contracts who have been badly hit. The 2020-21 domestic season did go ahead, but without the Ranji Trophy — the country’s premier tournament. And the threat of another curtailed domestic season is on the horizon with the Covid-19 situation in the country being worse than last year.

So what do the cricketers, precisely the India ‘A’ regulars and those on the fringes, think about their future?

“It’s a very unfortunate situation, but we really can’t do anything about it as our lives matter first,” Jharkhand and Sunrisers Hyderabad left-arm spinner Shahbaz Nadeem, who has played two Tests for India and is also an ‘A’ team regular, told The Telegraph.

“At the moment, we only hope that the BCCI will come up with some kind of a solution going forward.”

The scene is darker for those without IPL contracts. “Yeah, players with IPL contracts are better placed than those without it. But for a young talent relying primarily on the Ranji Trophy and other domestic competitions in order to come up the ranks, the situation is tough,” said Tamil Nadu batsman Shahrukh Khan, who made his IPL debut this year, representing Punjab Kings.

Also, creating a bio-bubble for a juniors’ meet is not easy, says former chief selector MSK Prasad. “It’s very difficult to come up with a bio-bubble for juniors with so many states playing. It’s also not advisable to have junior cricket at this point in time because of the prevailing situation. So whatever decision is taken by the Board, it would be appropriate,” he said.

A few of the fringe cricketers will be accompanying the Indian Test team to England as standbys. While that would definitely help them gain some experience, it will not give them the game-time that an ‘A’ team tour could have provided.

“It’s very good for someone like Abhimanyu Easwaran to be a part of the India standbys. He’s getting a feel of the senior team environment. But is that enough?” said someone who has travelled with the India ‘A’ teams in the past.

“Yes, if you’re a bowler, you do get a chance to bowl at the Kohlis and Rohit Sharmas during nets. But how much time does a standby get to bat? At best he faces part-time bowlers and that too, when the regulars are done with their training. So for these guys, the India ‘A’ tours are of utmost importance,” he added.

According to a former national selector, the upcoming England tour was an opportunity to send a few more India ‘A’ regulars.

“Before the England Test series, they could have played one or two practice matches alongside the Team India players.

“This was an ideal opportunity. But maybe due to the circumstances, it wasn’t risked,” he said.

The squad for the limited-overs tour of Sri Lanka this July will most likely feature India’s white-ball specialists, along with some of the first-choice players of the IPL teams, leaving little scope for ‘A’ team cricketers.

But some of the young cricketers have taken the setbacks in their stride. “No use thinking of what’s not in our control... Just waiting for our country to recover from this pandemic and everyone to be safe. Cricket phir sahi time pe shuru hoga (Cricket will then resume at the right time),” said 20-year-old Rajasthan and Punjab Kings leg-spinner Ravi Bishnoi.