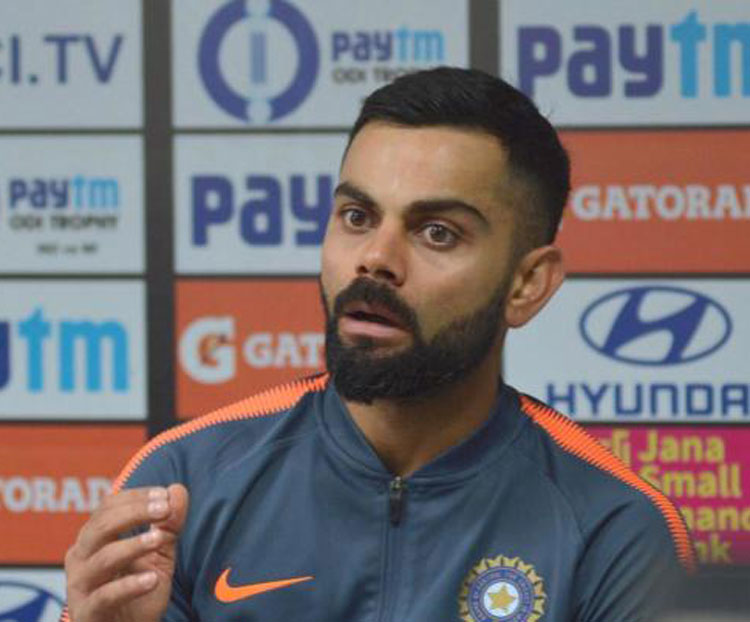 Virat Kohli was one of several Indian sportspersons who joined the nation in expressing their shock and anger over the terror attack
Telegraph picture
Our Bureau   |   Mumbai/Calcutta   |   Published 16.02.19, 10:13 AM

As the shocked nation continues to offer its condolence and prayers to the victims of the terror attack in Jammu and Kashmir’s Pulwama district on Thursday, the second edition of the RPSG Indian Sports Honours, which was to be hosted at the MMRDA complex in Mumbai on Saturday, has been postponed.

The decision was taken at 11.55 pm on Friday and was almost immediately tweeted by India’s cricket captain Virat Kohli.

Corporate giants RP-Sanjiv Goenka Group and the Virat Kohli Foundation have worked together to nominate and select the award winners in various sporting categories.

Kohli’s tweet read: “The RP-SG Indian Sports Honours has been postponed. At this heavy moment of loss that we all find ourselves in, we would like to cancel this event that was scheduled to take place tomorrow.”

Tweeting on the terror attack, Kohli had earlier said: “I’m shocked after hearing about the attack in Pulwama, heartfelt condolences to the martyred soldiers & prayers for the speedy recovery of the injured jawaans.”

Kohli was actually one of the several Indian sportspersons who joined the nation in expressing their shock and anger over the terror attack.

The iconic Sachin Tendulkar termed it as an act of cowardice.

“Cowardly, dastardly, meaningless...... my heart goes out to the families of those who lost their loved ones and prayers for recovery of those brave hearts in hospital. Salute to your commitment to “Service and Loyalty” @crpfindia!,” Sachin tweeted.

Rohit Sharma tweeted: “Shocked and horrified by what happened #Pulwama. The day we all celebrated love some cowards spread hatred. Thinking about the jawans and their families. India keep them in your prayers.”