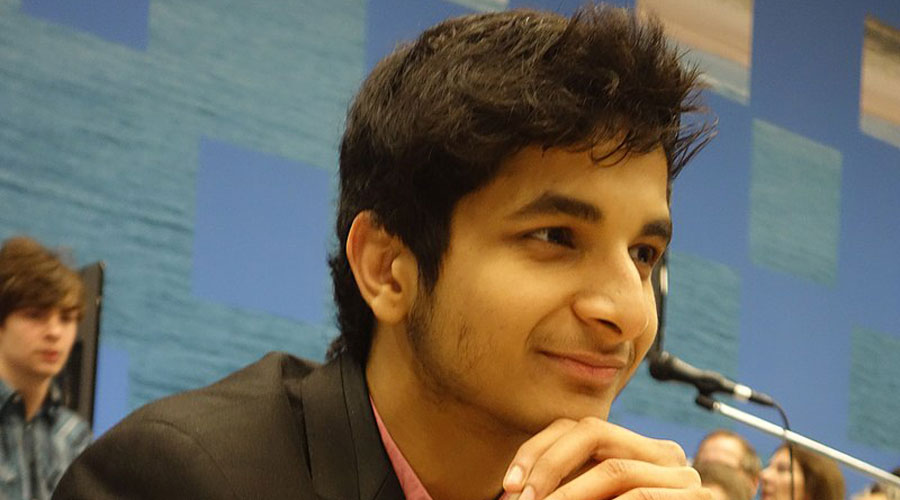 Grandmaster Vidit Gujrathi, the India captain for the Fide Online Chess Olympiad, believes that youngsters like Nihal Sarin and Rameshbabu Praggnanandhaa would give his team the X-factor in the tournament starting from Wednesday.

The international chess federation announced the Online Olympiad after moving the main 2020 Chess Olympiad to next year due to Covid-19.

It's a sort of a combination of tournaments: An open Olympiad, a women's Olympiad, and an international youth team competition all rolled in one.

"We just have a clear aim... To win a medal. There is no doubt about it. As a team, we are well balanced... Because we have Vishy Sir (Viswanathan Anand), then we have Harika (Dronavalli) and (Koneru) Humpy, who have been in top form in the last couple of years and talented youngsters like Sarin and Praggnanandhaa.

"So, on all the boards, we have a very well-rounded team. And the juniors give us the X-factor because we have one of the strongest junior players in the world," Vidit said on Monday during a live chat session with Woman Grandmaster and commentator Tania Sachdev and renowned tournament director Jeroen van den Berg on the Facebook page of Tata Steel Chess India.

The chat session was organised by Gameplan on the occasion of International Chess Day.

Talking about the meet, Vidit said that though there would be a lot of uncertainties, at the same time it would be exciting too.

"After the dates were announced, I have been thinking about it. The time control is the rapid format and once they announce the platform, we can get accustomed to that... We can have some training games amongst us too... It's happening for the first time. I think we are going to make mistakes while learning through the process.

"But we have to explore new things. It comes with a lot of uncertainties but is yet exciting... We do not know what's going to happen and that's very exciting. Regarding the training part, we have to get used to the platform and the time control but there is not much time left," he added.

Ever since the pandemic broke out, online chess has seen a boom. Vidit said online chess has given professional players a big opportunity to stay in touch with the game, but admitted that there's nothing like playing the game over the board.

"I always have a soft spot for over-the-board tournaments... The feeling of moving the pieces on the board cannot be replaced. Yes, online can have certain advantages... I can always have lunch with the family and the next hour play chess online. Due to the pandemic and the ensuing lockdown, there are no training sessions for the past four months in most of the sports. But online chess allows me to stay connected with the game. Right now it's a great substitute for us (the professional players). But over the board chess has its own charm."

Van den Berg said over-the-board game gives an opportunity to the players to mix with their peers. "I think the top players miss the routine of a normal tournament. Which also means meeting each other over breakfast at the hotel, see each other during lunch... You cannot find the atmosphere of the over-the-board chess tournaments in online meets."

Vidth, as a wild-card entrant, was in Calcutta last November for the Tata Steel Chess India Rapid and Blitz.

World champion Magnus Carlsen walked away with the honours, but for Vidit, it was memorable as he recorded his maiden win over Anand.

"I have nice memories. I miss that ambience. Calcutta is one of few cities in India where you would see a lot of chess fans. It was a unique experience for me to see so many people coming to watch the game... I do not think I have seen anything like that in India. I must be honest. I miss that excitement and madness... I miss playing on that stage (at the iconic National Library) against Carlsen, Anand and others. I am longing to play in Calcutta again," he said.