US Open: Smooth sailing for Svitolina

Coming off of her first title of the year last week in Chicago, Svitolina was solid as she survived both world No. 231 Masarova and a 30-minute rain delay 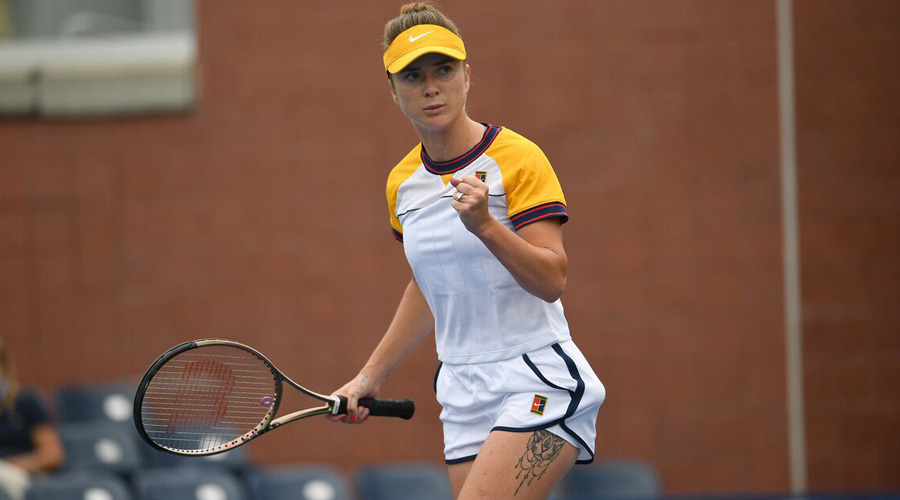 Elina Svitolina, the fifth seed and a semi-finalist two years ago, eased past Spain’s Rebeka Masarova 6-2, 7-5 to enter the third round of the US Open on Wednesday.

Svitolina required an hour and a quarter of play to defeat the 22-year-old qualifier, who made her grand slam main-draw debut this week.

Coming off of her first title of the year last week in Chicago, Svitolina was solid as she survived both world No. 231 Masarova and a 30-minute rain delay, which occurred when she held break point at 5-5 in the second set.

Defending champion Naomi Osaka also moved into the third round after Serbian qualifier Olga Danilovic withdrew ahead of their match due to illness, tournament organisers said.

On Tuesday, Novak Djokovic took a first unsteady step toward completing the calendar-year grand slam as the Serb moved into the second round with a 6-1, 6-7 (5-7), 6-2, 6-1 win over dashing Danish teenager Holger Rune.

On paper, the contest was a total mismatch — an 18-year-old qualifier making his grand slam debut against a player chasing a 21st major title.

While the outcome was exactly what was expected, the effort needed by Djokovic to see off the fearless Dane, who battled to the end despite suffering cramp, was not.

“I started great. Played a really, really good first set,” said Djokovic. “After that, I don’t know, I was 4-3 serving in the second set, everything was working well, but then I just lost the first serve.”

The match got underway amid a somewhat flat atmosphere inside Arthur Ashe Stadium but the crowd were chanting the little-known Dane’s name after he stunned Djokovic to win the second set.

Aside from that, it was a controlled effort from the 34-year-old Djokovic, far different from the Serb’s last match on Arthur Ashe Stadium court which ended with him being disqualified after swatting a ball in frustration that struck a line judge.

Canadian Denis Shapovalov served up 14 aces to make easy work of Argentine Federico Delbonis and win 6-2, 6-2, 6-3 in the first round.

The seventh seed was up a break after the fifth game in the first set and held on to the momentum, firing off 38 winners to Delbonis’s 11 across the entire match and winning 90 per cent of his first-serve points.

Bianca Andreescu overcame stomach pain and a stiff challenge from Viktorija Golubic to advance 7-5, 4-6, 7-5 into the second round.

The 21-year-old, making her return to Arthur Ashe Stadium for the first time since she won the tournament in 2019, got all she could handle from the Swiss in the nearly three-hour affair on a hot and humid night in New York.

But the sixth-seeded Andreescu’s seven aces and punishing groundstrokes ultimately proved too much for Golubic.

The Canadian yelled “Come on” and pumped her fist after Golubic sent a forehand wide on match point to seal the win.

Seventh seed Iga Swiatek breezed into the second round with a 6-3, 6-4 win over American Jamie Loeb.