For the Bulgarian, the loss marked the end of a surprise New York run 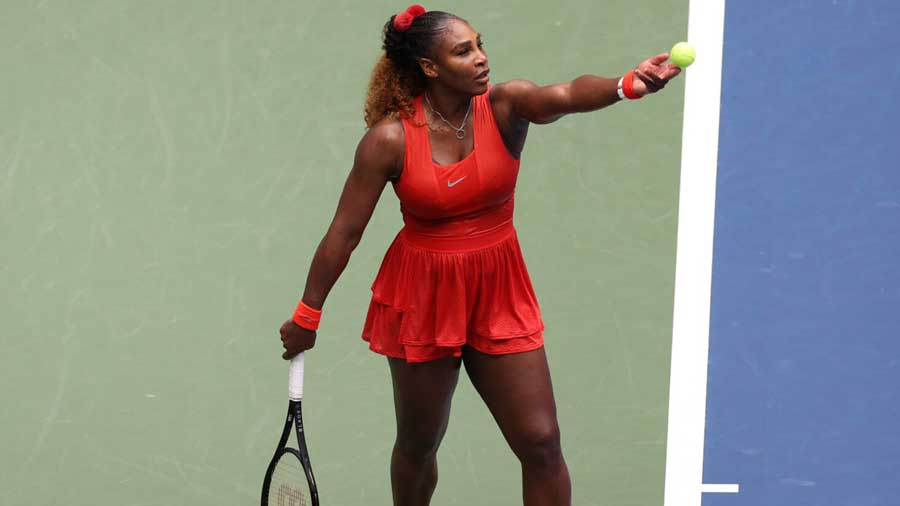 Serena, a six-time champion in New York, struggled with Pironkova’s slice forehand early and was at risk of her earliest US Open exit in 14 years until she used her experience to find a way back.

For Pironkova, who dropped to 0-5 in career head-to-head meetings with Serena, the loss marked the end of a surprise New York run, given this was her first professional tournament since Wimbledon in 2017.

On Tuesday, Naomi Osaka’s sharp serving and superior return game helped her past American Shelby Rogers 6-3, 6-4 and into the semi-finals as the Japanese continues her quest for a second title at Flushing Meadows.

Osaka, who was 0-3 lifetime against Rogers coming into the match, broke at love to take a 5-3 lead in the first set where Rogers hit 16 unforced errors to Osaka’s five and held serve to claim the set.

The fourth seeded Osaka broke again early in the second set for a 2-1 lead and sealed the win when Rogers dumped a forehand into the net on match point for her 28th unforced error.

“Honestly, I felt like she had the upper hand because I’d never beaten her and those memories are stuck in my head,” said the 22-year-old Osaka, who last faced Rogers in 2017.

“So, yeah, I consider this a little bit of revenge.”

Osaka once again had tape wrapped around her left thigh but said it was just as a precaution. Next up for Osaka is in-form American Jennifer Brady, who beat Kazakhstan’s Yulia Putintseva in 6-3, 6-2 earlier in the day.

The 28th-seeded Brady, who has yet to drop a set at this year’s US Open, used her massive forehand and impressive court coverage to deny Putintseva in her bid to become the first Kazakh woman to reach the final four of any major.

After a slow start, Zverev raised his game and showed more poise in the crucial moments against the 27th seed to become the first German to reach the last four at the US Open since Boris Becker in 1995.

“I just started playing maybe a little bit more aggressive because if I would’ve played the way I played (at the start), it’s not the level for a quarter-final match at a Grand Slam,” said Zverev.

The 29-year-old Spaniard, the oldest of the men’s quarter finalists at Flushing Meadows, looked to be heading for his first loss on hardcourts to his Canadian opponent after Shapovalov served him a bagel in the fourth set.

However, after getting some treatment to his lower back, 2017 semi-finalist Carreno Busta fought back gamely to seal the deciding set.

After spending just an hour on court in his previous round when world No. 1 Novak Djokovic was disqualified, Carreno Busta was understandably drained.

“I’m destroyed, but you know I’m very, very happy,” he said in his on-court interview.

“After this fight, this battle, it’s hard to say, but it is incredible to be back in the semi-finals again.”