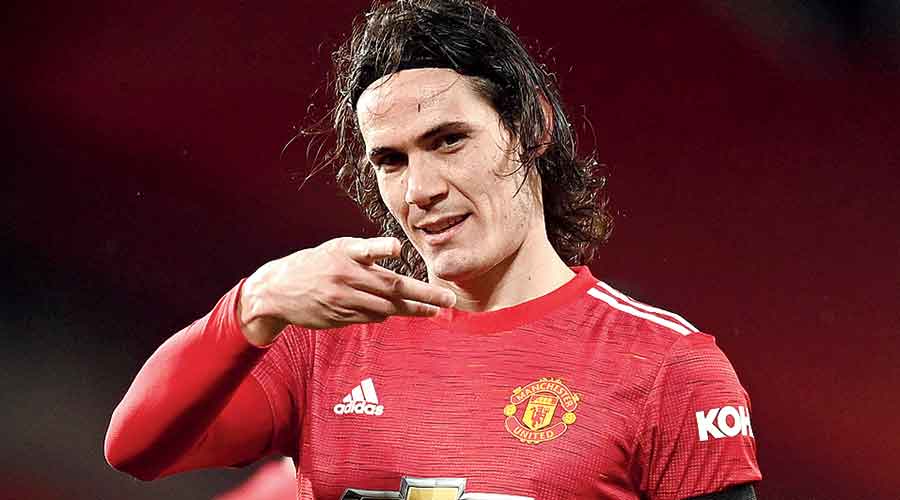 Uruguay international Cavani has missed United’s last four games in all competitions with a muscle injury but trained on Tuesday ahead of the trip to Selhurst Park.

“We’re looking OK. There are a couple of doubts for tomorrow that we have to give as much time as possible,” Solskjaer told a news conference on Tuesday.

“Edinson trained, he joined in, so that’s good. Let’s hope there’s no reaction after the session. Hopefully he will travel with the squad.”

Solskjaer said injured midfielder Paul Pogba (thigh) is yet to return to training, while defender Phil Jones could be sidelined for the rest of the season with a knee injury.

England international Jones has not featured for United since January last year and picked up his latest knock in June.

“I know all about these injuries,” said Solskjaer, who struggled with a recurring knee problem during the latter half of his playing career at United.

“Phil is working really hard, he’s had a couple of setbacks and it’s just that kind of injury you have to be patient with and give him time.”

Second-placed United collected just two league wins in February. But Solskjaer has dismissed suggestion that his players have struggled with the pressure of being in the title race.

“The pressure has not been there at all,” he said. “We enjoy being as close to the top as possible.

“It’s the quality of opposition, quality of tactics, demands of the season, playing don’t how many games in Premier League, FA Cup. It’s the strangest year of all for everyone.”

Aston Villa will be without captain Jack Grealish for a third Premier League game in a row when they face Sheffield United on Wednesday, manager Dean Smith said.

Grealish has still not recovered from a leg injury that he sustained in training last month but Smith said he was hopeful the England international will return to training later this week.

In Grealish’s absence, Dutch forward Anwar El Ghazi stepped up to score the winner against Leeds United on Saturday — his first goal in two months.

“He’s done really well when he’s been called upon. He had a really fruitful December and I think John McGinn came out with his new name, ‘Anwar El Goalzi’,” Smith said. Villa are ninth in the league standings with 39 points from 24 games, while Sheffield United are bottom.

Securing a top-four finish in the Premier League this season would be a dream for Everton, the Merseyside club’s manager Carlo Ancelotti said.

Everton are seventh on the table with 43 points after 25 games, two points below fourth-placed West Ham United who have played a game more, after Monday’s 1-0 home win against Southampton.

A win over second-from-bottom West Bromwich Albion on Thursday would move Everton into fourth ahead of Liverpool and Chelsea, who play each other later the same evening. “It will be a dream to be in the top four at the end of the season,” Ancelotti said.