The 30-year-old is the most famous fighter in his sport, but he hasn't won a fight since November 2016 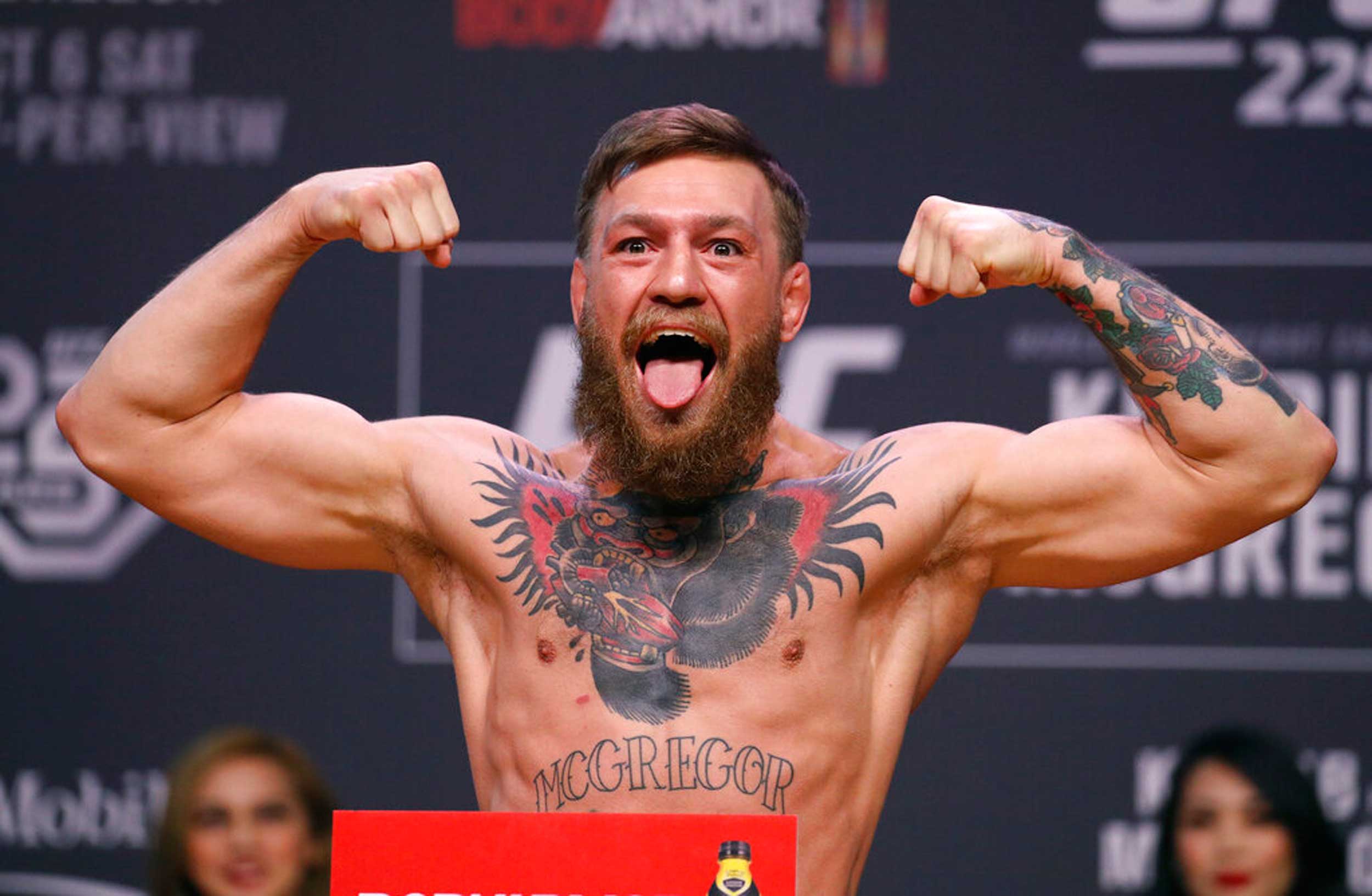 In a post on his verified Twitter account, the former UFC featherweight and lightweight champion said: 'I've decided to retire from the sport formally known as 'Mixed Martial Art' today.'

The post wishes his 'old colleagues well going forward in competition', and says he would 'join my former partners on this venture, already in retirement. Proper Pina Coladas on me fellas!'

The name of the drink in the post appears to be a reference to Proper No. Twelve Whiskey, the loquacious Irishman's burgeoning liquor venture.

'He has the money to retire, and his whisky is KILLIN it,' White added. 'If I was him, I would retire too. He's retiring from fighting. Not from working. The whisky will keep him busy, and I'm sure he has other things he's working on. He has been so fun to watch!!! He has accomplished incredible things in this sport. I am so happy for him and I look forward to seeing him be as successful outside of the octagon as he was in it.'

The 30-year-old McGregor is the most famous fighter in his sport, but he hasn't won a fight since November 2016, when he beat Eddie Alvarez to become the first UFC fighter to hold championship belts in two divisions simultaneously.

His only fight in 2017 was a loss to boxer Floyd Mayweather in the richest fight in boxing history. He finally returned to the UFC cage last October, but lost a lightweight title fight to Khabib Nurmagomedov after his submission in the fourth round.

McGregor was widely expected to fight for the UFC later this year. A few hours before he announced his retirement, McGregor appeared on The Tonight Show Starring Jimmy Fallon in New York and claimed he was negotiating for a probable fight in July at UFC 239 in Las Vegas.

'I don't necessarily need to fight,' McGregor said on the show. 'I am set for life. My family is set for life. We are good, but I am eager to fight, so we'll see what happens,' he added.

McGregor has quit his sport before. He announced his retirement on Twitter in April 2016 during a dispute with the UFC about the promotion of his next proposed bout. He reversed his decision two days later and fought in August 2016, winning his rematch with Nate Diaz.

White believes this retirement is genuine, and McGregor has had plenty of action outside the cage to occupy his time.

In April 2018, McGregor was charged with assault and criminal mischief after he attacked a bus carrying UFC fighters outside Barclays Arena in Brooklyn. McGregor was acting in revenge for a perceived slight against a teammate, and he eventually pleaded no contest to a count of disorderly conduct.

Earlier this month, McGregor was arrested again in Miami Beach for stealing the phone of someone trying to take his photo, authorities said. McGregor was charged with robbery and criminal mischief, but his attorney described the altercation as minor.

McGregor also was suspended from MMA competition for six months and fined $50,000 for his role in a brawl instigated by Nurmagomedov immediately after their bout last October.

If it sticks, McGregor's retirement ends a remarkable rise for the former plumber from Dublin who became the biggest star in MMA with his heavy fists and self-promotional acumen. He won 15 consecutive fights during his rise, including a spectacular 13-second knockout of Jose Aldo to win the featherweight title in December 2015.