"The case will be dealt with by the UEFA Control, Ethics and Disciplinary Body (CEDB) in due course" 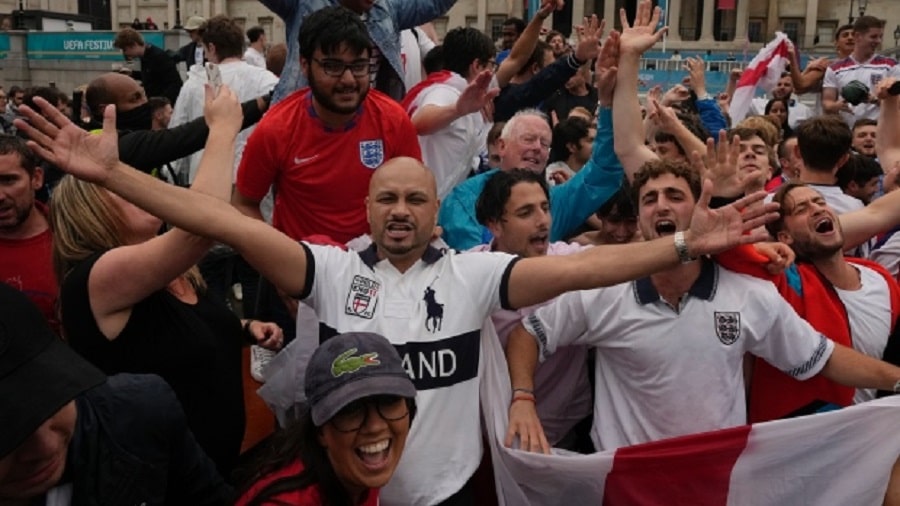 The behaviour of England fans at the Wembley Stadium on Wednesday has ruffled feathers at the UEFA headquarters.

The Three Lions won against Denmark 2-1 in the semi-final, courtesy an extra-time goal by Harry Kane, but there were some incidents that raised eyebrows and jaws drops. Fan behaviour at the Wembley Stadium hit an all-time low, and that has urged the apex football body in Europe to initiate disciplinary proceedings against England.

The proceedings have been opened on three issues -- the use of a laser beam at Denmark goalkeeper Kasper Schmeichel, booing by supporters during the Danish national anthem, and the use of fireworks.

A statement from UEFA says, "Disciplinary proceedings have been opened following the UEFA EURO 2020 semi-final match between England and Denmark (2-1), played on 7 July at Wembley Stadium, London.

The case will be dealt with by the UEFA Control, Ethics and Disciplinary Body (CEDB) in due course."