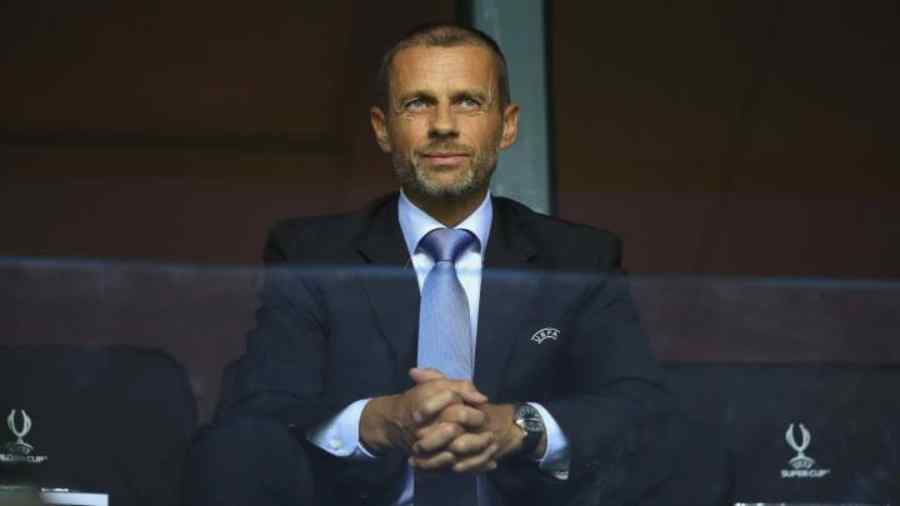 UEFA has been forced to abandon its attempt to ban Super League clubs Barcelona, Juventus and Real Madrid from the Champions League due to court action over the governing body's attempt to punish the rebellion.

A Spanish court injunction in June led to UEFA initially pausing the disciplinary case against the clubs who refused to renounce the project which collapsed in April.

A renewed demand last week from a Madrid judge for UEFA officials to comply with the ruling not to sanction the clubs led to the disciplinary case being officially scrapped on Monday night.

"In the matter related to a potential violation of UEFA's legal framework in connection with the so called Super League,'" the governing body said in a statement, "the UEFA Appeals Body has declared today the proceedings null and void, as if the proceedings had never been opened."

The UEFA case was launched in the fallout from the stunning launch of the Super League by 12 clubs in April. The plan to split from the existing Champions League run by UEFA collapsed within 48 hours after the English clubs Arsenal, Chelsea, Liverpool, Tottenham and Manchester clubs United and City pulled out amid a backlash from their own fans and the government.

The nine clubs agreed on a settlement deal with UEFA which would see them forfeit 5 per cent of their prize money from a single season in European competition and pay a combined 15 million euros (USD 18.3 million) also as a "gesture of goodwill" to benefit children, youth and grassroots football.

No cash will now be handed over.

"UEFA has informed the nine clubs that in view of the pending court proceedings in Madrid, and to avoid any unnecessary complication," the organisation said,

"UEFA will not request payment of any of the amounts offered in the May declarations of the clubs, as long as the court proceedings in Madrid involving, among others, UEFA are pending."

A Spanish judge last week gave UEFA five days to confirm it will abide by the court's ruling and not punish the teams for their involvement in the Super League. Their case was also notified by the judge in Madrid to the European Court of Justice in Luxembourg. A deadline for submissions to the court is next month.

UEFA could open a new disciplinary case at a later point against Barcelona, Real Madrid and Juventus if it wins the European case.

UEFA said it "will continue to take all necessary steps, in strict accordance with national and EU law, in order to defend the interests of UEFA and of all football stakeholders."