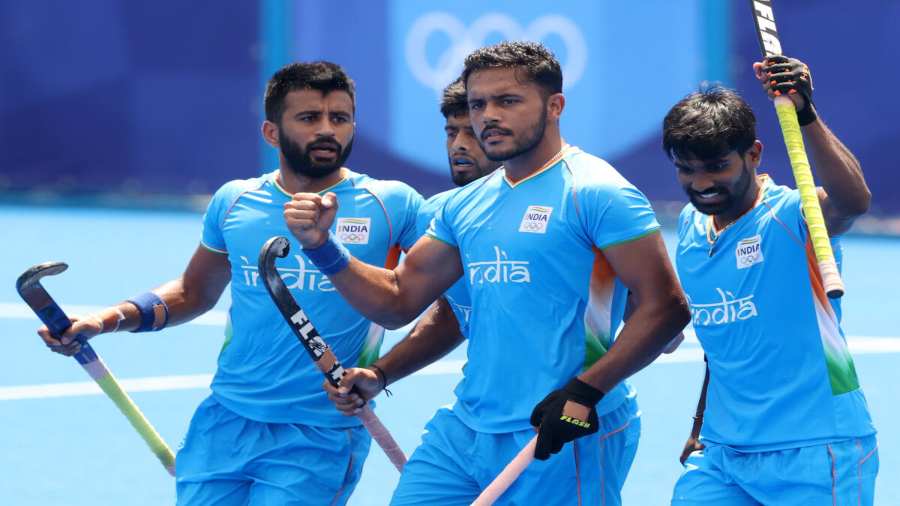 Hailing the Indian men's hockey team's bronze medal win in the Tokyo Olympics as historic, Prime Minister Narendra Modi said on Thursday that this day will be etched in the memory of every Indian. With this feat, they have captured the imagination of the entire nation, especially the youth, Modi said, adding that India is proud of its hockey team.

During the conversation, Modi said that today Singh's voice was loud and clear as compared with the other day when India had lost to Belgium in the semi-finals.

The Indian team captain thanked the PM for his constant encouragement to the team.

In a tweet, Modi said, "Historic! A day that will be etched in the memory of every Indian. Congratulations to our Men's Hockey Team for bringing home the Bronze. With this feat, they have captured the imagination of the entire nation, especially our youth. India is proud of our Hockey team."

The Indian men's hockey team rewrote history as it claimed an Olympic medal after 41 years, beating a plucky Germany 5-4 to claim the bronze in an edge-of-the-seat play-off match of the ongoing Games here on Thursday.