She wrote that she 'seriously cannot comprehend how to twist,' and noted that this disconnect between her mind and body is scary and has happened before, but only on the vault and floor exercise 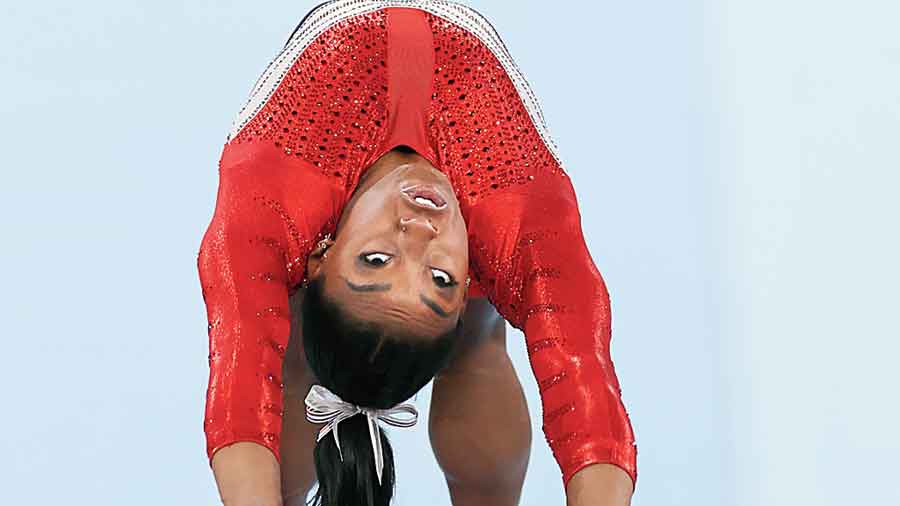 With only two days left until the gymnastics apparatus finals begin at the Games, Simone Biles still hasn’t announced whether she will compete. But she said on Instagram on Friday that she was still struggling with a mental block that gymnasts call “the twisties” that in part prompted her to withdraw from the team final and the all-around.

“Literally can not tell up from down,” she wrote in an Instagram story. “It’s the craziest feeling ever. Not having an inch of control over your body.”

Biles, the four-time Olympic gold medallist, wrote that she “seriously cannot comprehend how to twist,” and noted that this disconnect between her mind and body is scary and has happened before, but only on the vault and floor exercise. “This time it’s literally on every event,” she wrote.

Since backing out of the all-around that teammate Sunisa Lee ended up winning on Thursday, Biles has left the Olympic training venue for a gym in Tokyo that has soft landings, including a foam pit. Taking it easy with training and progressing in little steps as she tries to regain her twisting skills and confidence will be key to her bouncing back to normal, coaches say.

“It’s kind of like going into a slump where you can’t hit the curveball,” said Jess Graba, Lee’s coach. “Sometimes your brain just doesn’t fire right, so it takes time to get back to normal.”

Biles might be running out of time. Her next events are the uneven bars and vault on Sunday, the floor exercise on Monday and the balance beam on Tuesday.