After crashing out of Badminton Mixed Doubles, Manika Batra comes back in style to win Round One in solo event 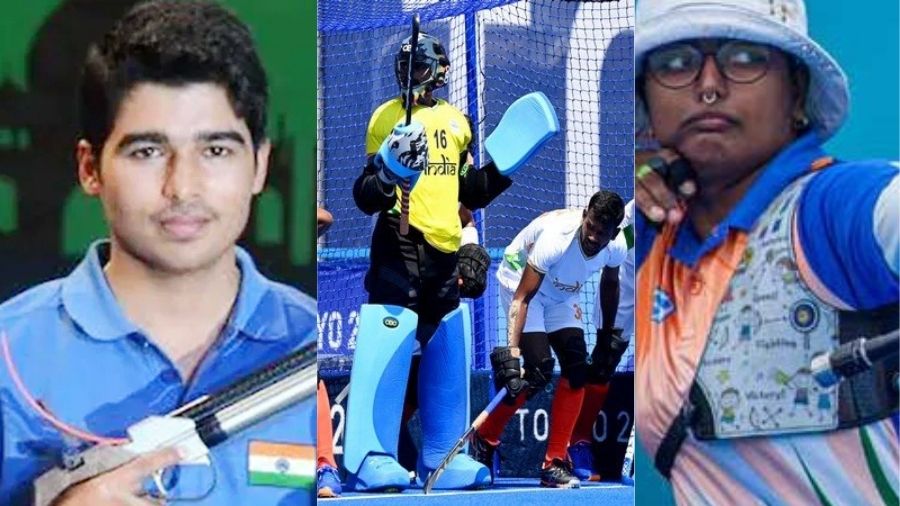 The Indian contingent's first day at the Tokyo Olympics brought out a range of emotions. While Mirabai Chanu led India to it's first ever podium finish on Day One of Olympics with a silver medal in 49kg weightlifting event, Sourav Chaudhury made hopes soar with a fine display in the qualifying round only to crash out of the finals with a 7th place finish.

India's campaign in mixed team archery event at the Tokyo Olympics came to an end on Saturday as Deepika Kumari and Pravin Jadhav lost 2-6 to Korea's An San and Kim Je Deok. Deepika and Jadhav had gone 0-4 down in the first two sets but fought back to make it 2-4.

However, the Koreans, who were the heavy favourites going into the match prevailed over the Indian pair and progressed to the semi-final.

In the Badminton Mixed Doubles event, India's Sharath Kamal and Manika Batra lost to Chinese Taipei's Yun Ju & I Ching in straight sets to crash out of the tournament. The Chinese Taipei side looked sharper, hungrier as the Indian duo was left reeling for a single set. In the end, it was a well-earned victory for Chinese Taipei.

Fired up by Manika Batra's win, Sutirtha Mukherjee carved out a win against Sweden's Linda Bergström in her Women's Singles first-round match. Sutirtha was trailing 3-1 at one point of time, and the comeback will surely add to her confidence going into the second round.

Table Tennis:
Amazing comeback by our girl Sutirtha Mukherjee (WR 98) to come back from 1-3 down to beat higher ranked Linda Bergstrom (WR 78) 4-3 of Sweden in opening round.
Next Sutritha will take on WR 55 Fu Yu of Portugal. #Tokyo2020withIndia_AllSports pic.twitter.com/ZhAc2HZ0K6

Indian boxer Vikas Krishan lost out to Quincy Mensah Okazawa of Japan in Preliminaries - Round of 32 bout.

Vikas Krishan was dominated through and through by the 25-year-old Japanese. 10-9 to the home boxer in the first round, 10-8 in the second and the third round confirmed the result. Krishan was left with a bloodied eye, failing to win a medal.

In another tale of grit in the Tokyo Olympics, Indian men's hockey team came from behind to beat New Zealand 3-2 in their opening match. Harmanpreet Singh scored a brace and goalie Sreejesh produced some brilliant saves to ensure India finished with three points in their opening match. India will face favourites Australia on Sunday.

However, The Indian women's hockey team could not match the intensity of the world no. 1 Dutch team. Rani and Co fought valiantly in the first two quarters before losing the steam to go down 1-5 against Netherlands in their opening pool match at the Tokyo Olympics here on Saturday.

Felice Albers gave Netherlands the lead in the sixth minute before the advantage was evened out by India skipper Rani Rampal in the 10th minute.

The Indians defended bravely in the first two quarters to go into the half time locked at 1-1 but the break seemed to have broken their momentum as the Dutch came out all guns blazing after the change of ends and pumped in three goals to nip any chance of an upset in the bud.

Rowers finish at No. 5

India out in Judo

In Judo, Sushila Devi lost in the first round.

Air pistol: Saurabh Chaudhary out in final round

In Men's 10m air pistol event, Saurabh Chaudhary produced one of the best displays of the Indian contingents so far, topping the qualifying round of the event with a score of 586. However, the 19-year-old could not replicate the same form in the finals. He finished 7th in the finals, having ignited hopes of a podium finish with a flawless display in the qualifying round.

Although, not all hopes are lost as Saurabh Chaudhury still has another chance, in the mixed team event with Manu Bhaker.

In Tennis, Sumit Nagal, India's last entrant into the Olympics, beat the 2018 Asian Games gold medallist Denis Istomin 6-4, 6-7(6), 6-4 in the first men's singles encounter. The last time India won a match in tennis singles was 25 years ago, when Leander Paes won the historic bronze at the 1996 Atlanta.