Her time on Thursday was more than 22 seconds faster than her last outing in the 5,000m 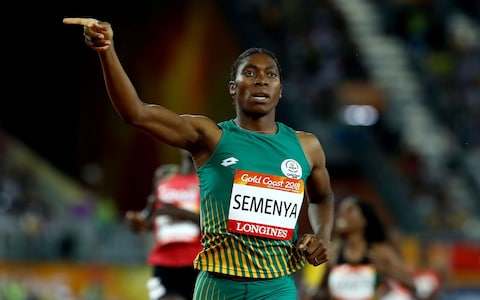 Caster Semenya won the 5,000m race at the South African national championships on Thursday in a personal best time and then said she’s likely to focus on long-distance events for the rest of her career.

That could be her best hope of running at the Tokyo Olympics after being barred from defending her 800m title.

The two-time Olympic champion won the 5,000m in 15 minutes, 52.28 seconds in Pretoria. That was outside the Olympic qualifying standard of 15:10.00 but Semenya has until the end of June to qualify for Tokyo.

Although the nationals are South Africa’s main trials for the Olympics, athletes only need to register a qualifying time once at any recognized meet before the June 29 cut-off.

It’s still a long shot for the 800-meter specialist, but Semenya’s time on Thursday was more than 22 seconds faster than her last outing in the 5,000m.

“I’m getting old‚ I’m scared to tear my muscles. We had to sit down and make sure that the decision that we make makes sense. Distance makes sense,” she said.

Semenya is barred from running in events from 400m to one mile at top track meets under World Athletics’ testosterone rules. She has refused to bow to those rules and take medication to lower her natural testosterone levels.