Advertisement
Home / Sports / The silver medal is result of sacrifices Mirabai made in the last Olympic cycle: Coach Vijay Sharma

The silver medal is result of sacrifices Mirabai made in the last Olympic cycle: Coach Vijay Sharma 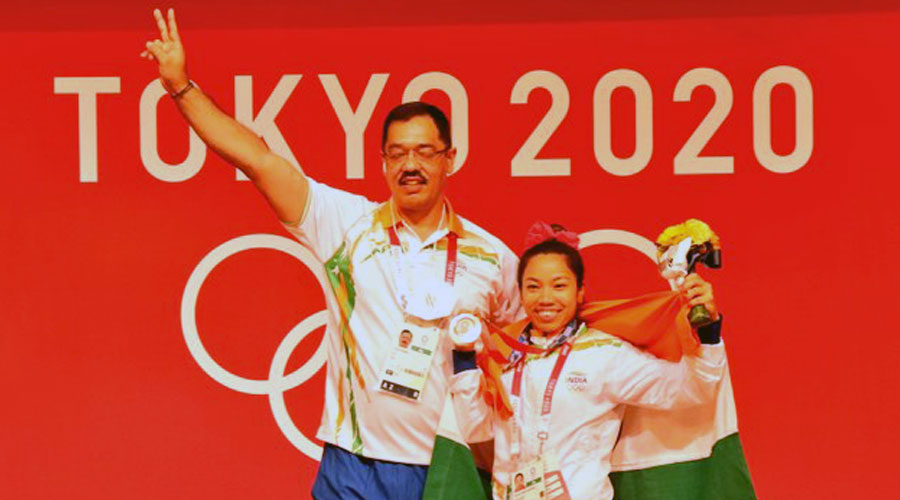 For someone who shared with Mirabai Chanu the agony of the Rio failure for five years, Vijay Sharma was unusually calm on Saturday afternoon. Even as India was in raptures following Mirabai’s silver success, Sharma, who is in Tokyo with the contingent, was calm and composed, his voice bereft of any emotion.

“Jo kasar baki thi, woh aaj puri ho gayi (What was left unfulfilled has been achieved today).” That was Sharma’s first reaction to The Telegraph.

After the debacle in Rio, where Mirabai had gone with a lot of expectations, the Manipur weightlifter had been looking forward to Tokyo. As had been Sharma. “It affected her a lot. Till yesterday (Friday) that failure was there at the back of her mind. Now Mira has exorcised the Rio ghost. She was waiting for this day,” Sharma said.

Sharma refused to take any credit for his protégé’s success and said a coach should never brag about his role in moulding a talent. “What can I say? That Mira has to say. A coach’s role is only the planning part. It’s the athlete who executes. We did our homework well and now she has reaped the benefits.”

Mirabai had gone to the US twice — once late last year and again this May — to work under strength and conditioning coach Dr Aaron Horschig and, according to Sharma, that was a game-changer.

“We could work with a free mind. The May stint was really helpful. I am thankful to the Indian government and Sports Authority of India (SAI) for all the support,” he said.

But then it was not a bed of roses for Mirabai in the build-up to Saturday’s exploits. The irons she lifted for years had left her shoulders battered and the lockdown made matters worse for the 26-year-old from Manipur.

“Yes, at that point in time I was very worried. Lockdown, shoulder and back injuries made me fear the worst. That she would not be able lift weights again. Dr Horschig did a great job in the first stint last year,” Sharma said.

After the recurring lower back problem was sorted out, in April this year, at the Asian Weightlifting Championship in Tashkent, her first tournament in more than a year, Mirabai won the bronze. Her final lift of 119kg set a world record, going past Chinese lifter Jiang Huihua’s previous record of 118kg. That set the motion for what she did on Saturday.

“Her confidence got a boost. And then after we went back to St Louis in May, she worked harder. The silver medal is the result of all the sacrifices she made in the last Olympic cycle,” Sharma said.