Indian Premier League: The show must go on. Let’s play

Twelve seasons on, the BCCI’s reliance on the money-spinning league continues to grow amid its razzmatazz, celebrity status and the entertainment factor 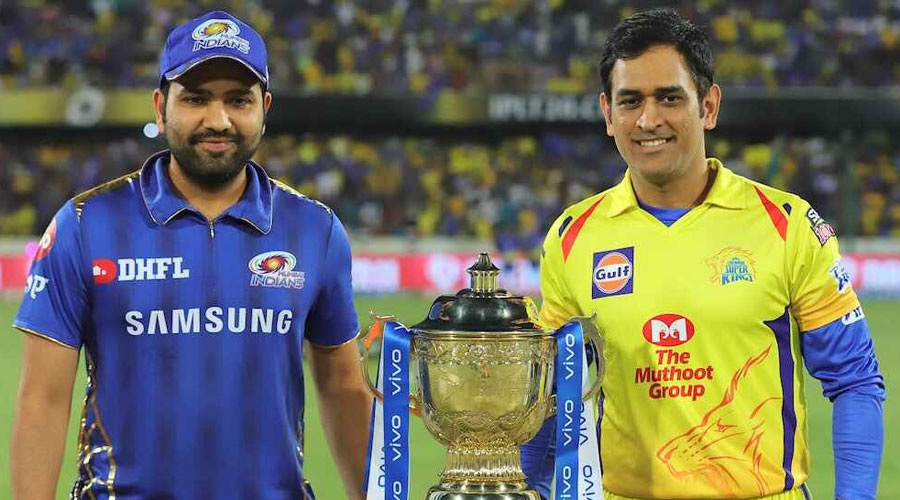 Twelve seasons earlier, the “supranational” Indian Premier League brought about a turnaround that altered the dynamics of cricket forever. It recalibrated the entire economics of the sport as India emerged as the financial powerhouse in world cricket. Twelve seasons on, the Board of Control for Cricket in India’s reliance on the money-spinning league continues to grow amid its razzmatazz, celebrity status and the entertainment factor.

So much so that even in a year ravaged by the pandemic, the IPL remains the source of sustenance of not just a handful, but a large part of the sporting community in the country.

A Rs 4,000 crore-loss was what the BCCI simply couldn’t afford and hence decided to shift the league to the UAE once hosting it in India became untenable. The franchises agreed though it did upset their carefully laid plans.

Take the case of Mumbai Indians. The defending champions added seamers Trent Boult and Nathan Coulter-Nile despite having the likes of Jasprit Bumrah and Mitchell McClenaghan in their ranks. The prospect of playing in Indian conditions where certain wickets aided seam movement and reverse swing in the evening prompted their decision while leaving them short on the spin front — which could prove to be their handicap on UAE’s slow and dry wickets. Beside Krunal Pandya and Rahul Chahar, they will have to depend on the talented unknowns — left-arm spinner Anukul Roy and leg-spinner Prince Balwant Rai.

Rohit Sharma conceded on Thursday that it would be tough to make up for Lasith Malinga’s absence. Limited spinning options could only add to his worries when it comes to defending small totals.

The extreme heat and humid weather could be another hindrance. AB de Villiers has already voiced his worries about the “challenging conditions”. The players’ fitness will be put to the test and Chennai Super Kings could suffer the most since several of their members are over-35.

Having lost to Mumbai Indians by one run in a last-ball finish last season, the Mahendra Singh Dhoni-led franchise has already been handicapped by the exit of Suresh Raina and Harbhajan Singh.

The slow moving legs could only have got slower this season and it will take a lot of effort from Shane Watson, Faf du Plessis, Ambati Rayudu, Kedar Jadhav and Ravindra Jadeja to steady the batting line-up.

There’s lot of talk about Ruturaj Gaikwad but he has hardly been tested at this level. Much will depend on Ravindra Jadeja’s versatile abilities and Dhoni’s big stage temperament to see them through. Head coach Stephen Fleming on Friday said Dhoni was in “top shape” and ready to lead the side into Saturday’s opener against Mumbai Indians in Abu Dhabi.

The Super Kings’ attack will prove to be any team’s envy though the lack of a specialist off-spinner could prove to be their bane.

Leg spin options Imran Tahir, Piyush Chawla and Karn Sharma are best suited for this format while Josh Hazlewood and Lungi Ngidi along with left-arm pacer Sam Curran brings in the sought-after variation to the attack.

Hazlewood and Curran’s participation though is unlikely for the opener in cricket’s ‘El Clasico’ because of Abu Dhabi’s strict quarantine protocols. The duo landed in Dubai from Manchester on Thursday.

Two-time champions Kolkata Knight Riders will largely bank on the combination of new coach Brendon McCullum and skipper Dinesh Karthik. They also have recruited a shrewd cricketing brain in England’s World Cup-winning captain Eoin Morgan, who should be part of the leadership group when it comes to strategy and planning. If KKR decides to have Shubman Gill as opener along with Sunil Narine, they have to quickly sort out Morgan and Andre Russell’s batting positions. Promoting the West Indian will have its advantages but Karthik will also have to play the finisher’s role to perfection. Don’t forget they failed to cash in on some of the big moments, thereby missing out on the playoffs berth last season.

Sunil Narine and Kuldeep Yadav could be KKR’s trump card though they possess a decent pace attack with the inclusion of Pat Cummins.

There’s a lot of interest surrounding Royal Challengers Bangalore and Delhi Capitals and whether they will make the playoffs.

The Royal Challengers certainly have a more balanced look this time besides having a good man-manager in New Zealander Mike Hesson as coach.

RCB possess arguably the most explosive top-order in Virat Kohli, Aaron Finch and AB de Villiers. “We’ve got a great balance of experience, the skill required for T20 cricket and the youngsters in the team who are eager to take up the responsibility,” Kohli said recently.

The Ricky Ponting-coached Capitals remain the only side that hasn’t ever made the final. Ponting put his money on youth by elevating Shreyas Iyer to the helm midway last season.

This time they have added Test specialists Ajinkya Rahane and Ravichandran Ashwin and their fortunes will depend largely on how the pair adjust to the format. Shikhar Dhawan, Rishabh Pant and Prithvi Shaw provide the cutting edge along with a varied spin option.

If spin is the flavour of the season, Sunrisers Hyderabad have a potent attack. Rashid Khan, Shahbaz Nadeem and Mohammad Nabi could prove to be handy against quality opposition.

The trio of David Warner, Jonny Bairstow and Kane Williamson form a formidable batting line-up to go with Manish Pandey and Mitchell Marsh in the middle-order. The challenge for coach Trevor Bayliss, under whom Knight Riders won both their titles, will be to find the right combination when it comes to overseas players.

Having finished with the wooden spoon in two of the last three editions, they seem determined to turn the tide this season. The presence of Umesh Yadav, Navdeep Saini and Chris Morris have bolstered their pace attack. If Moeen Ali and Yuzvendra Chahal can spin a web around the batsmen, it will be tough to restrain Kohli's men.

Rajasthan Royals have carried the unpredictable tag right through, as have Kings XI Punjab. But both have master strategists to guide them — Shane Warne for the Royals and Anil Kumble for Kings.

The Royals possess stars in Steve Smith, Jofra Archer and Jos Buttler while there’s uncertainty surrounding Ben Stokes’s availability. But with no big names among the homegrown talent, their chances seem restricted this time.

Kumble, the only Indian head coach in this IPL, will be keen to make his mark given his grit and immaculate planning. Kings XI Punjab captain KL Rahul can afford to sit back and relax when it comes to backroom strategy.

With the presence of Glen Maxwell in the middle order they can stun few of the more fancied teams with their depth in batting and bowling. Mayank Agarwal and Rahul can be ominous for the opposition at the top and veteran Chris Gayle can threaten to rule on his day.

The start will be important but maintaining the momentum will be crucial during this 53-day tournament. It will boil down to consistency, persistence and ability to dominate.

The year 2020 has already thrown up umpteen surprises, mostly unpleasant, but a new IPL champion would be a good surprise for the tournament.