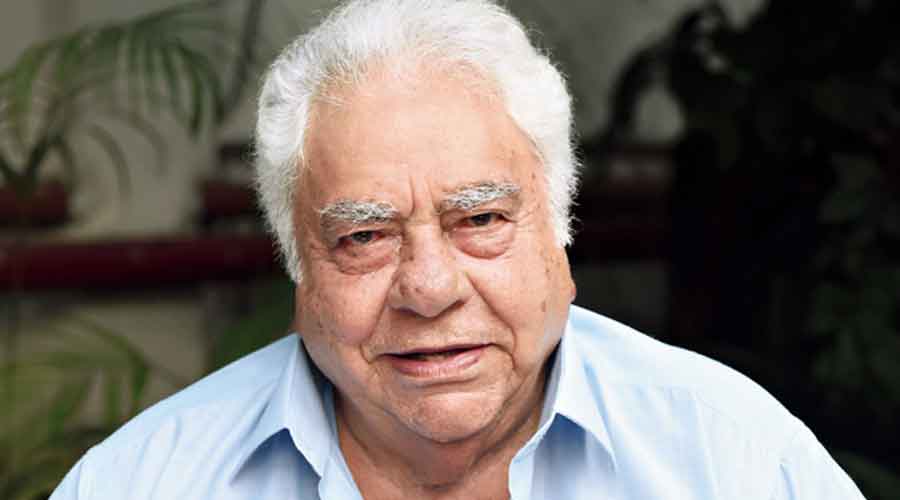 Half a century ago, Ajit Wadekar’s India secured their first Test and series victory at The Oval. On Monday, Virat Kohli’s men achieved another famous win at the same ground to go 2-1 up in the five-match series with one Test remaining.

For Farokh Engineer it brought back memories of that magical afternoon in London when Abid Ali cut Brian Luckhurst past point to bring up the winning runs. Engineer was the non-striker as India chased down the 173-run target to win by four wickets.

The 83-year-old, however, lamented missing the last day’s action this time around after being present on the first four days. “I had to return to Manchester… The victory did bring back memories,” Engineer told The Telegraph on Tuesday afternoon.

“We had a function at the Taj St James’ Courtyard in London a day before the Test... I was sitting next to Ravi (Shastri) on the podium and the conversation brought back a lot of memories. Next day I spoke to Chandra (Bhagwath Chandrasekhar). We were among the contributors for The Oval victory. He got the wickets (6/38 in the second innings) and I made some runs (59 and 28 not out).

Team India celebrates as the last England wicket — that of James Anderson — falls at The Oval on the final day of the fourth Test on Monday.
Getty Images

“In fact Chandra kept on talking about that ball he bowled midriff to John Edrich which got him out for a duck in the second innings. He recalled it was my idea and not (Dilip) Sardesai’s to bowl the faster one. We engineered his wicket together. We had a nice chuckle. Our resilience in batting and determination to win was evident. I am delighted we have repeated the same result at the same ground,” Engineer remarked.

“Even at Lord’s in that series, we could have actually won that Test when Sunny and I were batting. We collapsed thereafter but these are the wonders of the game. Chasing 183, we finished at 145 for eight. Kudos to Kohli’s men for winning both at Lord’s and at The Oval.”

Engineer went on to narrate another anecdote from that historic Test. “The Oval has always been my favourite ground. But when the team returned home, I stayed back since I was contracted with Lancashire. I remember I couldn’t attend a dinner after The Oval Test at an Indian restaurant. Those days we gladly accepted such invitations since it saved us from shelling out pounds from our pockets. I got some tandoori chicken packed for me as I drove to Manchester.

“I reached home around 4am and at 10.30 I was opening the innings with David ‘Bumble’ Lloyd. I got a standing ovation when I walked out to bat. I thought we had just beaten their country the day before and here are the same Englishmen who are giving me such a great reception. It brought tears into my eyes because Old Trafford was filled with Lancashire supporters.”

Engineer didn’t forget to laud Kohli’s team. “Somehow I had the belief that we would win even without Ravi Ashwin. With Ashwin, it would have been much easier... Virat has got a mind of his own and he has proved his point.

“We are very lucky that we have a great bowler in Bumrah. He has got that natural inswinging yorker which is a lethal delivery. We call it the toe crusher and he bowls that at will. Umesh Yadav did well too.”