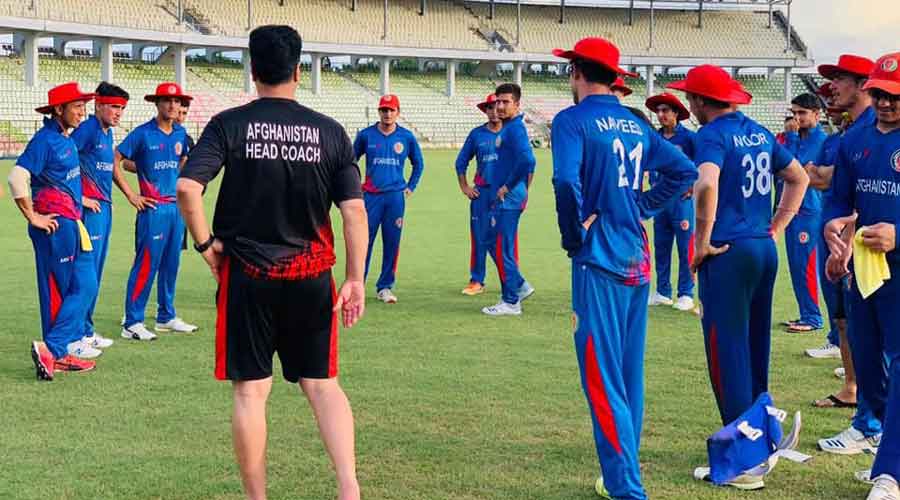 The hardline Islamists don’t thoughts cricket and the sport is common amongst their fighters.
Twitter/@ACBofficials
Our Bureau And Agencies   |   Kabul   |   Published 21.09.21, 11:01 PM

The Taliban have sacked the pinnacle of Afghanistan’s cricket board, changing him with a member of the scary Haqqani community, answerable for among the worst assaults within the nation’s historical past.

Hamid Shinwari posted on his Fb web page on Monday that he has been eliminated on the orders of senior Haqqani officers, a department of the Taliban.

“Anas Haqqani visited the cricket board and instructed me very clearly that my job because the (chief) government officer was over,” Shinwari wrote on his Fb web page.

Anas Haqqani is a senior Taliban official and the youthful brother of Afghanistan’s new inside minister Sirajuddin Haqqani.

Naseeb Khan, has been introduced as the new CEO of the Afghanistan Cricket Board (ACB), by board's Chairman Mr @AzizullahFazli. He hold master's degree and has knowledge of cricket as well. pic.twitter.com/07qDH1hQjW

Shinwari’s submit, seen by AFP, was later not seen, with the web page apparently deactivated.

Within the Pashto language submit, Shinwari stated he had requested for a proper order however didn’t obtain it.

“I used to be elected to the Cricket Board’s government part after a clear course of, however I didn’t perceive the rationale for my dismissal,” Shinwari stated.
He was later changed by Naseebullah Haqqani, also referred to as Naseeb Khan, a detailed ally of the Haqqani community, stated a supply on the cricket board who didn’t wish to be named.

“He holds a grasp’s diploma and has information of cricket as properly,” the board stated on its Fb web page.

Throughout their first stint in energy, earlier than they have been ousted in 2001, the Taliban banned most types of leisure — together with many sports activities — and stadiums have been used as public execution venues.

However, the hardline Islamists don’t thoughts cricket and the sport is common amongst their fighters.

Ladies have been fully banned from the sport underneath the final regime, and no directive has but been launched on feminine participation this time round.