Since being picked up by Sunrisers Hyderabad as an 18-year-old in 2017, the Afghan has emerged as T20 cricket's leading wicket-taker in this period 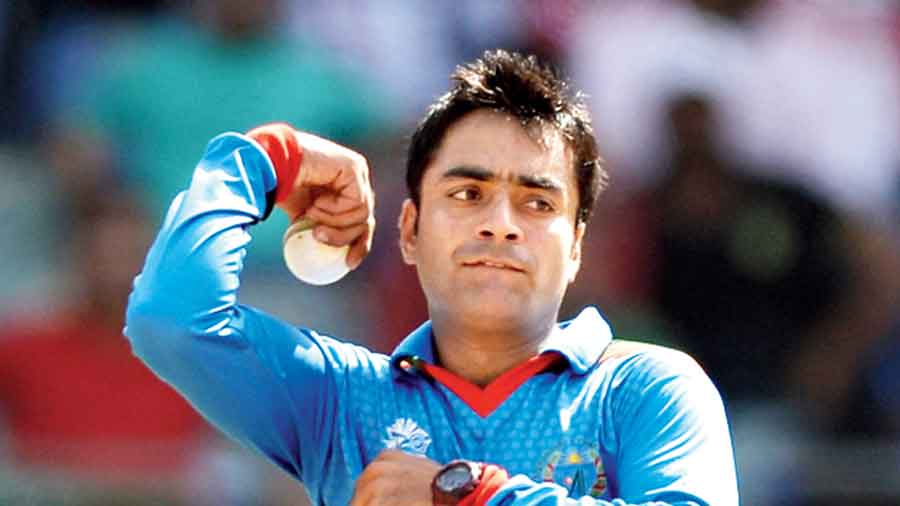 The ICC T20 World Cup will belong to the spinners, Afghanistan's star leg-break bowler Rashid Khan has asserted, and said they can beat any team if they bat well in the showpiece.

Since being picked up by IPL team Sunrisers Hyderabad as an 18-year-old in 2017, ace leg-spinner Rashid has emerged as T20 cricket's leading wicket-taker in this period with 333 scalps and is wanted by franchises across the world.

Appearing in his second T20 World Cup, Rashid feels spinners are always "effective" on pitches at three venues in the UAE, where the Super 12s, the semi-finals and final will be played.

"Conditions here are always good for spinners and it should be spinners' World Cup," Rashid was quoted as saying by ESPNcricinfo.

"Doesn't matter how wickets are prepared here, it is always helpful for the spinners. Spinners will play a huge role in this World Cup.

"As we have seen in the IPL, spinners have brought back their team in the game. I feel that will be same in the World Cup as well. The best spinners will bring their team back in the game and win it."

Rashid feels Afghanistan, who are in Group 2 along with India, Pakistan and New Zealand, would need to do "lots of hard work" considering all their opponents in the Super 12s are "good players of spin".

Afghanistan have played 14 T20Is at the three venues in the UAE and have won all of them.

He has pointed out that batting will hold the key.

"As long as you have a good total, if it is a slow track, skiddy, as a spinner it is very, very helpful because you can show your skills there and you can get the wickets. In this World Cup if you bat well, we (Afghanistan) can beat any side."

His franchise Sunrisers Hyderabad may have finished last in the recently-concluded Indian Premier League but Rashid did not disappoint his fans, enjoying another excellent season with 18 wickets, the joint-highest for a spinner along with Yuzvendra Chahal and Varun Chakravarthy.

Both Chahal and Rashid were among the top-10 wicket-takers even in the 2020 IPL which was entirely played in the UAE as opposed to the just the second leg of the tournament this season.

Rashid was good in cricket at home, but he never thought he would be one outside, let alone become the world's leading wicket-taker in T20s at the expense of pursuing a childhood ambition of practising medicine.

Confined to his home due to strict instructions from his worried parents about their children's safety in a strife-torn Afghanistan and then Pakistan, it was within those four walls of his home, during those challenging times, that made Rashid "a proper cricketer".

"I mostly played cricket at home with my brothers. These were very competitive games and it was a challenge for me to get them out, to score against them, to win games. Those times made me a proper cricketer," Rashid said.

"I was not allowed to go outside and play with friends. My family said, anything can happen outside, you better focus on your studies, and if you want to play cricket, better play with your brothers at home."

Rashid, who stepped down as captain in the run-up to the World Cup, said he was initially aiming to become a doctor.

"I never dreamed that I would be a cricketer. Yes, I was good at cricket at home, but I never had that in my mind -- to be a cricketer, playing for Afghanistan, playing all around the world.

"I always had in my mind to be a doctor, which was the family's expectation as well, especially my mom's. She always used to tell me: we want to see you as a doctor. I was pretty good at studies as well."