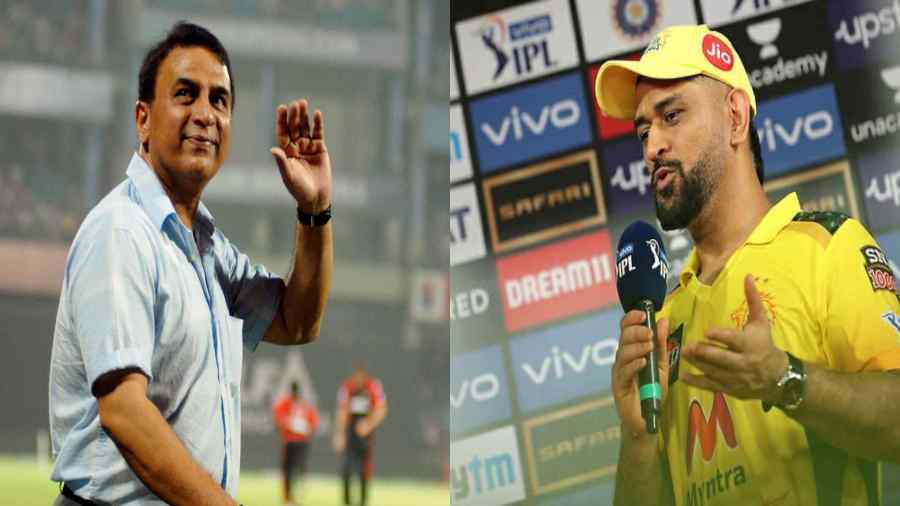 A mentor can only help as much because it is the players who will have to go out there and perform the "actual task", the legendary Sunil Gavaskar said on the appointment of MS Dhoni as the Indian team mentor for the T20 World Cup.

India will play Pakistan on Sunday in the Super 12s and Gavaskar feels that in this format Virat Kohli's team can't be termed clear favourites.

"Mentor can't do much," Gavaskar told Aaj Tak. "Yes, he can help you prepare in change room as its a fast-paced game and if needed, help you tweak the tactic."

"May be speak to batters and bowlers during time-out, so the move to employ Dhoni is a good one but Dhoni will be in the change room and its the players who have to perform the actual task in the middle. How they handle pressure would determine what the result will be," Gavaskar said during the event.

Gavaskar feels Kohli will feel lesser pressure now that he has decided to quit captaincy in the T20 format.

"When you become a captain, you can't just think about yourself, he has to speak to a batter who is going through a bad patch or discuss strategies with a bowler.

"Amid all this, one tends to neglect his own form. When you don't have that pressure, you can focus on your own game. I think it will be good for Virat that after T20 World Cup, he doesn't have to think about responsibilities.

"So he can focus on his own game and score as many runs as possible," he added.

Gavaskar, one of the most respected voices in world cricket, also pointed out that India's failure to win knock-out games in global tournaments has been primarily due to the faulty team selections.

"India's problem in big matches has been team combination. If they would have got final XI selection right in knock out games, they would have had less problems. At times, your thought process is different," he said.

"In knock-outs and finals, you should bat first, put runs on the board, whatever you put, 140 may be, the other team has to score and it's not always easy to score at seven runs per over in international cricket," he explained.

"So when we haven't batted first, in a chase, if you lose one or two wickets, you consolidate and then catch up becomes a problem and they (Indian batters) have been found wanting."

In T20 cricket, Gavaskar has found one flaw with the Indian batting and that's losing momentum between overs 7 and 12.

"India's batting weakness has been in the overs after Powerplay, between 7 and 12. After 7 overs, we start struggling. It will be great if we can bat well in those four to five overs and score 40 runs," he said.

But Gavaskar was pretty clear that India do not start as favourites.

"In T20 cricket, it's not difficult to beat any team. Yes, in Tests, you can say that whether you have that kind of depth in batting or bowling matters. But in T20, no team is favourite and the team that makes less mistakes will win," he said.

Gavaskar had one advice for the teams.

"Just giving it your all at times might not be sufficient. With hard work you also need to use your brain."