T20 cricket is a a batsman’s game says Robin

KKR, who are now playing a few away games, want to keep the winning momentum going 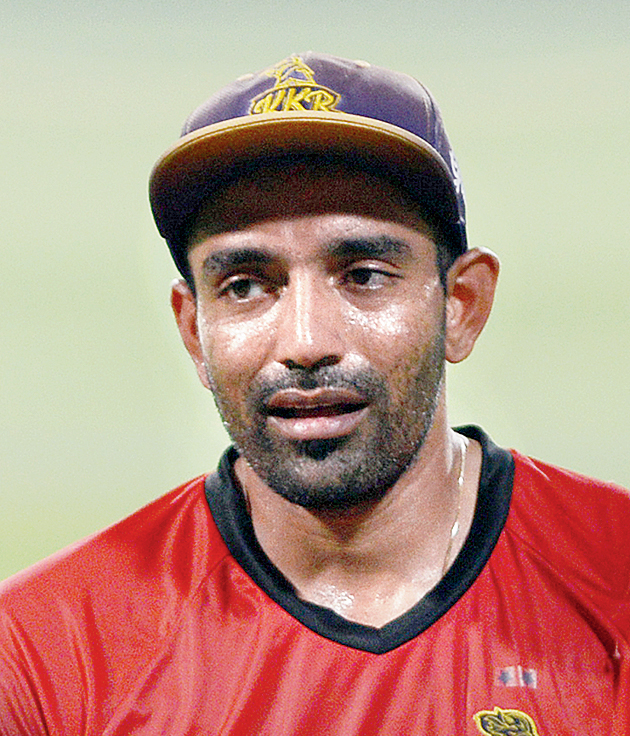 Robin Uthappa, on Friday, described T20 cricket as primarily a batsman’s game and said to prepare turning track would not be conducive for the shortest version of the game.

“Twenty20 cricket is made for entertainment. It’s competitive but you have to have a wider perspective of what’s happening as well.

“You want it to be evenly balanced. Slow wicket is fine but rank turners, like Chennai, are not conducive for T20 cricket, doesn’t serve the purpose,” said the KKR batsman, here for the match against Delhi Capitals to be played on Saturday.

“Hopefully, the wickets are conducive to Twenty20 cricket. It is batsman’s game. It’s what it is.

“People come out there to watch batsmen hit sixes and bowlers defy that on good wickets. Twenty20 and cricket in general is moving in that direction,” added Uthappa.

On Andre Russell, the seasoned KKR batsman said: “Russell plays an important role. We understand the impact he has for the team to go from 180 to 200. It is important for him to have freedom. He understands the role.

“Since he led at Caribbean Premier League, so there is a sense of responsibility as well.

“If he fails, it is about balance. If it wasn’t a no-ball and Russell had got out (in the last game), I would have played the attacking role.

“But with him around, you have to be sensible about what the team needs. Russell will have a few bad days, it is bound to happen. We need to take that in our stride and deliver,” he said.

Uthappa had himself played a quality knock in the game against Kings XI Punjab, but it was all about the Russell show and the batsman doesn’t mind serving the team.

“It is sometimes a double-edged sword.

“Sometimes you can play a knock like I played the last day and it can fly under the radar, but it was important for the team. It’s important to hold that position. I love serving the team,” he said.

Delhi Capitals had lost their first home match and they would want to avoid same result while KKR, who are now playing a few away games, want to keep the winning momentum going.

“The away wins are extremely important in this tournament. Delhi Capitals are a strong team at home. The wicket looks different. It’s not a regular Kotla wicket,” Uthappa said.