The left-arm quick went for 70 off his 10 overs but also got two wickets, bowling well at the death in India’s 13-run win in the third and final ODI 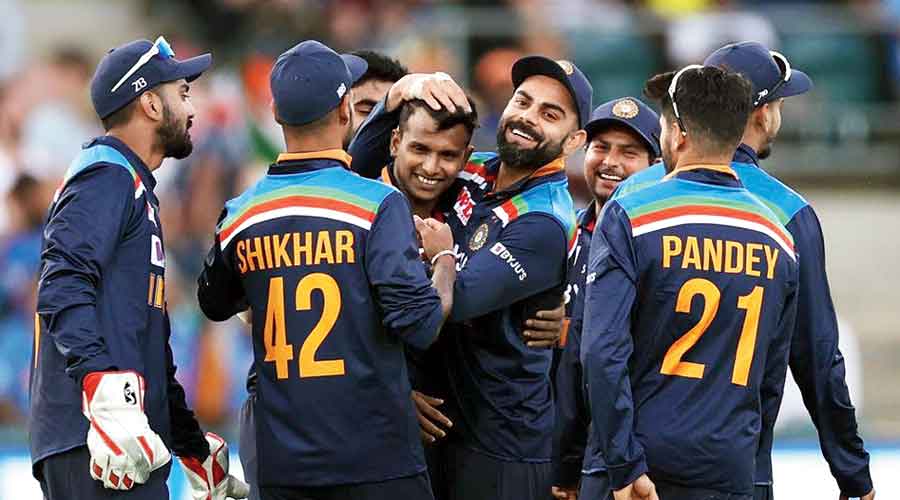 Completing his dream journey from Chinnappampatti — a small village near Salem — to Canberra, T. Natarajan turned out to be the fifth fast bowler from Tamil Nadu and its first since Lakshmipathy Balaji (in 2002) to represent India in ODIs.

The left-arm quick went for 70 off his 10 overs but also got two wickets, bowling well at the death in India’s 13-run win in the third and final ODI at the Manuka Oval in Canberra on Wednesday. Natarajan’s performance in his maiden international game did impress Balaji, also a former Tamil Nadu captain.

“It was a good debut for him. He bowled well in the death overs and the team won in his first appearance, where he also gave a couple of crucial breakthroughs.

“It’s a good beginning for him and I hope he’s given a long rope,” Balaji, who played eight Tests, 30 ODIs and five T20Is for India, told The Telegraph.

Being a yorker specialist, Balaji believes Natarajan, who was selected on the basis of his impressive showing in this year’s IPL, should fare better in the coming T20Is. “He should go on to be more productive in the T20Is because his kind of bowling will present him with more wicket-taking opportunities as the Australian grounds too are bigger,” Balaji pointed out.

Asked if India should have picked Natarajan in the first two ODIs instead of Navdeep Saini, who had already complained of back spasms, Balaji said: “It sometimes depends on the instincts of the team management and what combination it prefers to go with.”