T20 Trophy (national T20 competition) appears to enjoy greater priority among state associations for kick-starting the domestic season that has been disrupted by the pandemic. 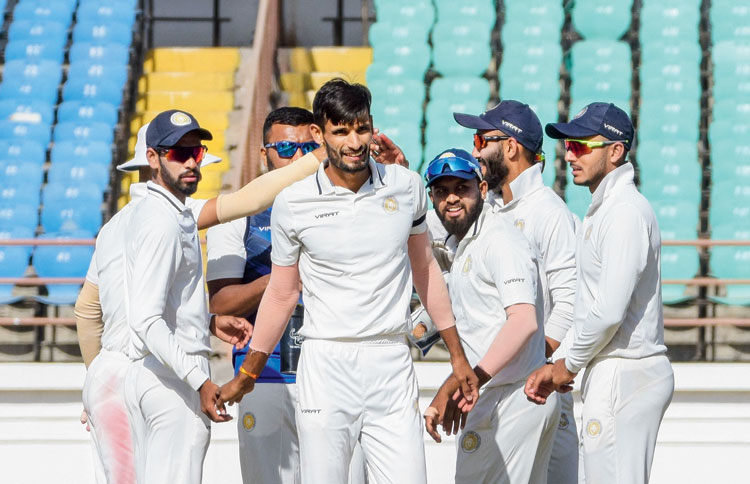 Keeping in mind the IPL auction and T20 World Cup next year, the Syed Mushtaq Ali T20 Trophy (national T20 competition) appears to enjoy greater priority among state associations for kick-starting the domestic season that has been disrupted by the pandemic.

On Sunday, the BCCI had sent an email to all state associations, seeking their opinion and inputs on how to go about the domestic calendar.

In the email, the Board has stated four options as far as the schedule of the domestic season is concerned and slotted the Syed Mushtaq Ali Trophy from December 20-January 10, reflecting its intention to get the season started this year itself with the national T20s.

“First of all, you can finish the T20 competition quickly, in three weeks or so. Also, with the IPL auction and the T20 World Cup to happen next year, particularly the former, it makes no sense if you don’t start with the T20s,” a senior official of a state unit told The Telegraph on Monday.

“Whereas if you start with Ranji, it could become hectic. Hosting multi-day games in the prevailing circumstances has every possibility of making things tougher and more complicated,” the official added.

Another proposal is to host only the white-ball matches in the same bio-bubble. “That would be easier. And as for Ranji, you can have it once the Covid vaccine is out,” said a Saurashtra Cricket Association official.

The BCCI email also mentions creating “a total of six bio-secure hubs” across the country, which implies its focus on six specific centres for conducting the domestic matches. According to sources, Mumbai, Nagpur, Bangalore, Calcutta and Chennai are among the centres that could host matches.

Cricket Association of Bengal, already hosting a T20 tournament at Eden Gardens with a proper bio-bubble in place, expects to play host to a certain number of national T20 matches, depending on the format of the competition.

Most of the associations, however, aren’t comfortable with the proposal of the season beginning this year itself. “Quite a few state teams have not been able to begin their training sessions in the first place as they are yet to get the approval of their respective state governments. Some of them, including Mumbai, haven’t yet finalised their selectors and coaches.

“So looking at this scenario, beginning from December 20 would be a bit too early. Besides, there are quarantine issues that need to be looked after,” said someone in the know of things.