Teen tests waters, gears up to swim for Tokyo 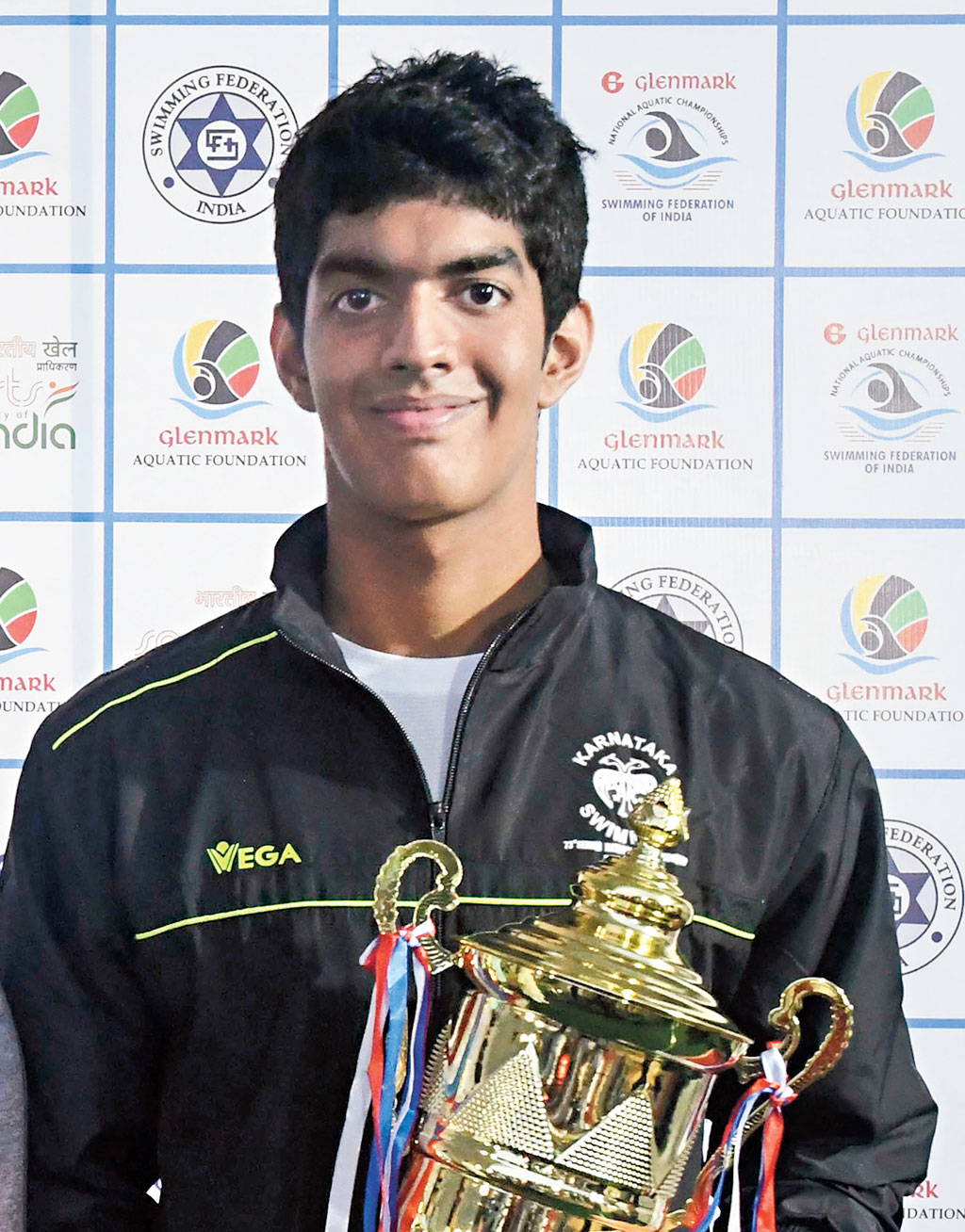 Srihari Nataraj is all of 18 years old. But the swimmer from Bangalore is making a splash, in India and beyond.

In the Senior National Aquatic Championships held in Bhopal earlier this month, the teenager finished with a more than impressive haul of eight gold medals (four individual gold and an equal number in relays). He set three national records and was adjudged the best male swimmer.

This, despite the fact that he had returned from the World Junior Swimming Championships in Hungary barely a week ago.

Contacted over phone by The Telegraph, Srihari politely requests: “Could you please call me back later in the evening? Right now am attending classes in college.”

The backstroke specialist completed his Class XII this year and is pursuing BA in economics at Jain University in Bangalore.

In conversation with the paper later, Srihari says he’s happy with what he has achieved at the Nationals. “I was faster than before but then I expected this of myself,” the confident Srihari said.

Srihari took to the waters when he was two-and-a-half years old. His elder brother Balaji had respiratory problems and was recommended swimming as a remedy. Little Srihari initially would accompany his mother and watch his brother practise. He slowly took to the waters. He won his first swimming event at the age of five.

Last year was an important one in Srihari’s career when he took part in the Commonwealth Games in Gold Coast and the Jakarta Asian Games. In Gold Coast, he set two national records and made the semi-finals in two of the three backstroke events that he qualified for. At the Asian Games he broke three national records and made the final in two events. At the Youth Olympics in Buenos Aires last October, he became the first Indian to reach a final wherein he finished sixth.

At the Fina World Championships in Gwangju, South Korea, in July this year, he again rewrote records in the 50m and 200m backstroke events.

What about the Olympics? Srihari hopes to attain the Olympic Qualifying Time (‘A’ standard) in 100m and 200m backstroke, his pet events. He is optimistic about qualifying, only he has to make sure his turns and kicks off the wall are good. “Should I make the cut, I hope to reach at least the semis in Tokyo.

“I’ve set myself a realistic target. Right now, I need the exposure and experience. I have age on my side and several Olympics ahead of me,” he said.

Does he intend to train abroad? The answer is a firm no. He is happy training in Bangalore under coach AC Jayarajan and strength and conditioning coach Deckline Leitao.

The Asian Age-Group Championships, to be held in Bangalore from September 24 to October 2, would be his best chance of qualifying for Tokyo. The home conditions could work in his favour.

A fan of Rohit Havaldar of India and of course Michael Phelps, Srihari has come a long way. But he knows he has several laps to go if he is to emulate his heroes.