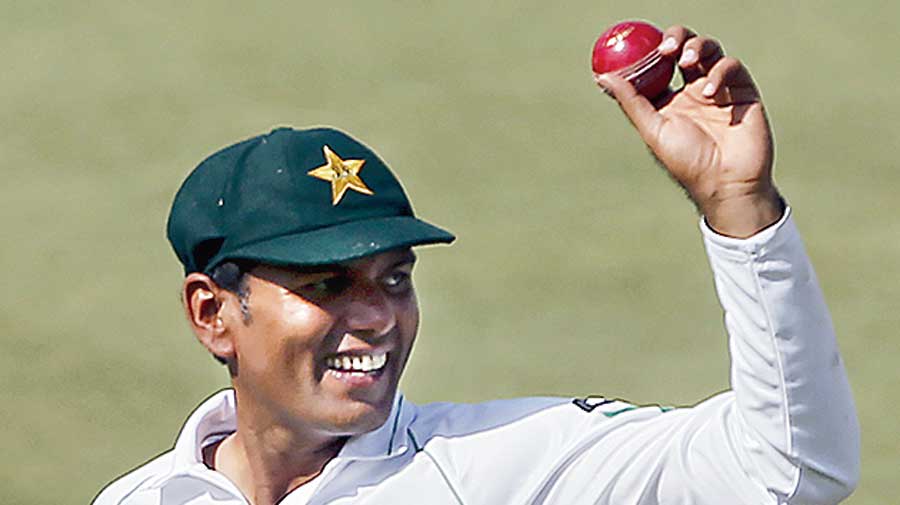 Left-arm spinner Nauman Ali took 5/35 on debut to brush aside the South African tail in their second innings and help Pakistan to a comfortable seven-wicket victory on Day IV of the first Test at the National Stadium in Karachi on Friday.

The 34-year-old claimed the final four wickets to fall, taking his tally to seven in the Test, as the visitors were dismissed for 245, which set Pakistan a modest victory target of 88. Yasir Shah, the other spinner in the Pakistan side, had a match haul of 9/114.

The hosts had a wobble when Anrich Nortje removed two batsmen in one over, but skipper Babar Azam (30) and Azhar Ali (31 not out) eased their side to a comprehensive victory.

The second and final Test starts in Rawalpindi on Thursday.

South Africa captain Quinton de Kock put down his team’s defeat to soft dismissals. “Obviously our first innings batting performance let us down, there were a couple of soft dismissals and it led to our defeat,” De Kock said.

Pakistan skipper Babar Azam said: “I think, at home, you are expected to do well because conditions suit you, but we need to start winning overseas as well. I think we need to show more trust in our players and our top performers.”