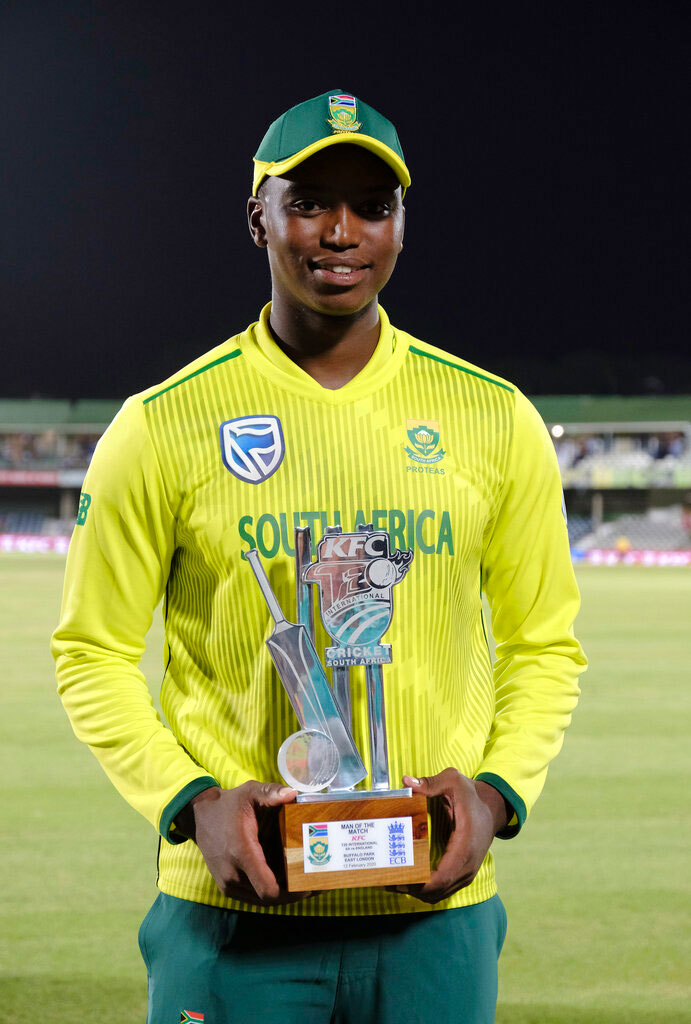 Lungi Ngidi of South Africa holds the trophy as man of the match, during the T20 cricket match between South Africa and England in East London on Wednesday
(AP)
Agencies   |   Published 12.02.20, 09:45 PM

England lost three wickets in the final over as South Africa clinched a nail-biter to win the first T20I by one runs at Buffalo Park here on Wednesday.

England needed only seven off the last over, but Lungi Ngidi dismissed Tom Curran and Moeen Ali while Adil Rashid was run out off the final ball with the visitors requiring three for victory.

England finished at 176/9 in reply to South Africa’s 177/8. Earlier, Ben Stokes made a crucial strike to slow a South African batting assault.

South Africa reached a competitive total after being sent in, but looked set for a bigger total before Stokes dismissed Rassie van der Dussen for 31 after the hosts had raced to 111/1 in the 11th over.

Jordan finished with two for 28.