She has a record medal count of 25, one more than the previous high held by Vitaly Scherbo of Belarus 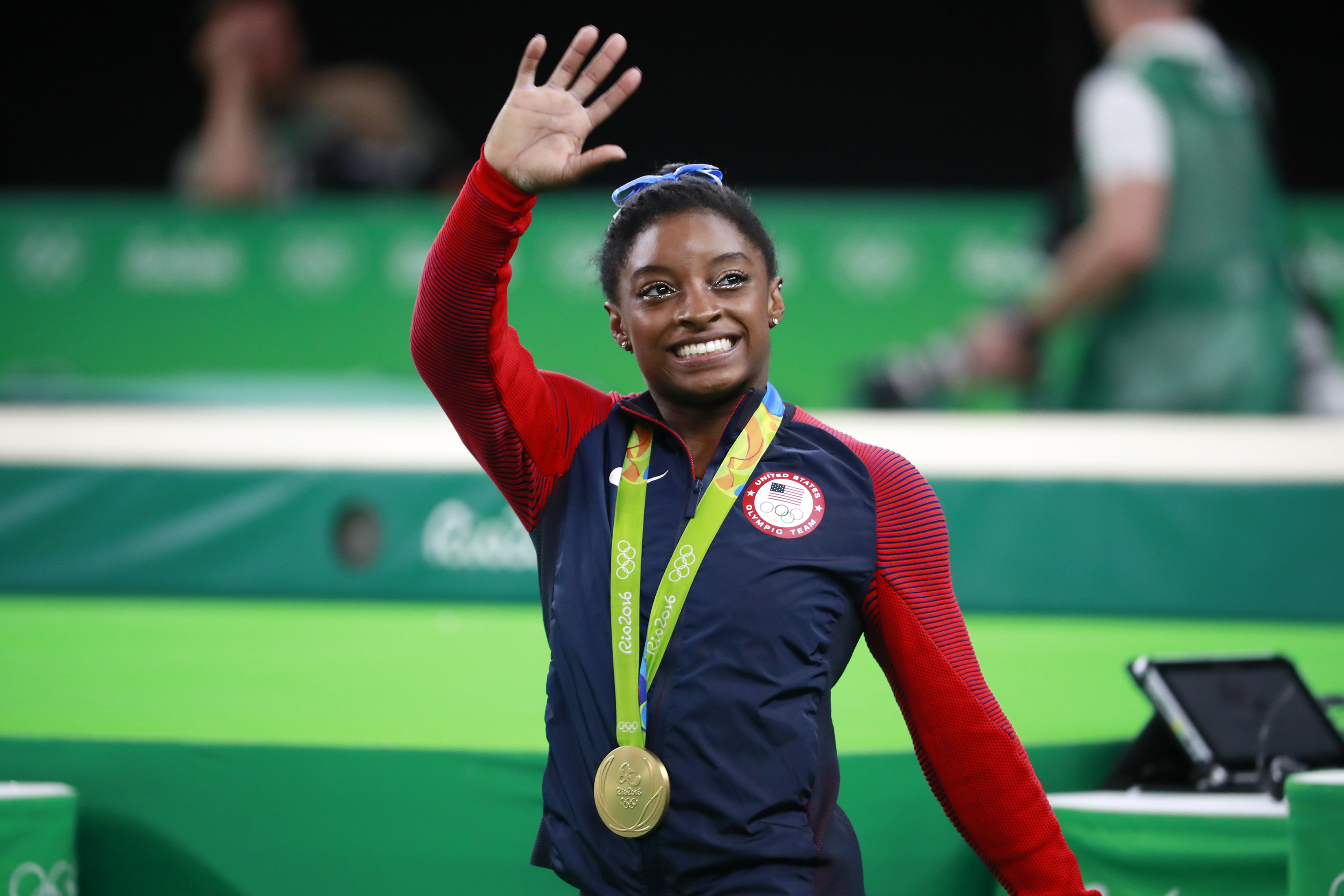 Simone Biles on Sunday became the most decorated gymnast in world championship history, winning gold medals in the balance beam and the floor exercise to increase her career medal total in the championships to 25.

The record medal count — one more than the previous high, held for more than two decades by Vitaly Scherbo of Belarus — strengthened the case of those who already consider Biles, at 22, to be the greatest gymnast of all time.

“I can’t be more thrilled with the performance that I put out at this world championships,” Biles said. But she seemed surprisingly nonchalant about breaking a career record that had stood for two decades. “I’m not a number person.”

Biles’ victory in the floor exercise was not a surprise; she had been favored to win the event and several others. But she jumped out of her seat when she saw her score on the balance beam, which has proved far more challenging for her in recent years. She had to grab the beam to keep her balance in two recent major finals, at the Rio Olympic Games and at last year’s worlds, and settled for the bronze each time.

Her milestone extended a ruthless run of efficiency at the world championships last week in Stuttgart, Germany. On Tuesday, Biles led the American women to their fifth consecutive gold medal in the team competition, becoming the most decorated woman, with 21 career medals. Two days later, she steamrollered her rivals in the all-around event, cruising to a first-place finish by an impressive margin of 2.1 points. On Saturday, she tied Scherbo by claiming the gold in the vault. She won the floor exercise by a full point.

“This is really the best worlds performance I have ever put out,” Biles said.

Perhaps most impressive? Of her 25 career medals at worlds, 19 are golds, including the five she won this week.

Biles began her senior gymnastics career in 2013. That year, at 16, she earned her first four medals at the world championships in Antwerp, Belgium, including golds in the all-around and the floor exercise.

In 2016, Biles’ four gold medals and generally dominant showing at the 2016 Olympic Games made her an international celebrity. Her profile most likely will only grow next summer in Tokyo, where she is widely expected to add to her collection of five Olympic medals.

Rather than showing signs of slowing down or resting on her laurels, she has continued to innovate and improve, widening the already prodigious gap between her and her competitors.

Before Saturday, Scherbo’s record had been untouched for 23 years. A native of Minsk, he claimed his medals at six world championship meets, from 1991 to 1996, competing for the Soviet Union, the Commonwealth of Independent States and then Belarus.

Men’s gymnasts compete in up to eight events at the world championships, while their women’s counterparts compete in only six, a fact that — to her supporters and others — has made Biles’ record-setting medal count all the more impressive.

Biles’ latest accomplishments have emerged against a backdrop of turmoil at USA Gymnastics, the governing body for the sport in America, which was roiled by the scandal involving Larry Nassar, a former team doctor who was accused of molesting hundreds of athletes, including Biles.