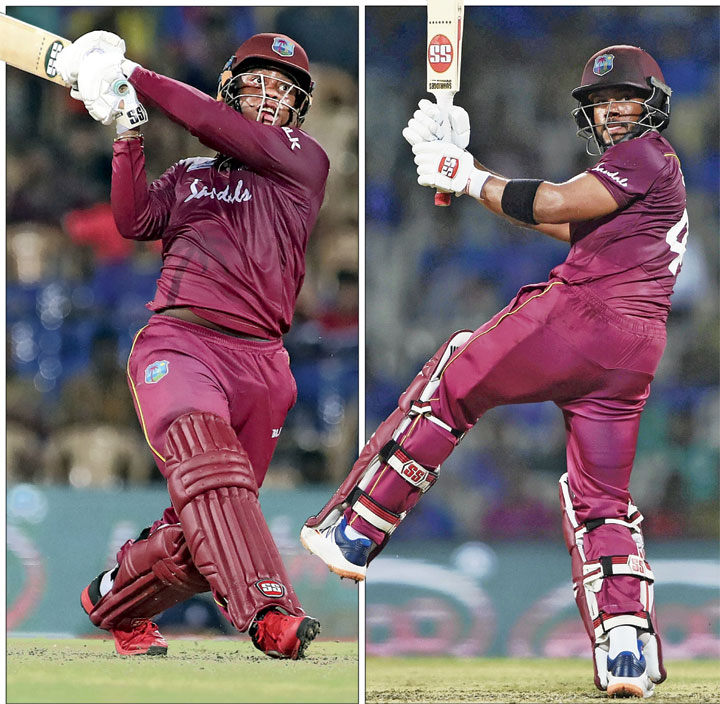 Shimron Hetmyer was dealing in sixes while the Indians were in sixes and sevens.

The Caribbean flair, which nowadays is mostly restricted to reminiscences of an old-timer, was somewhat revived at the MA Chidambaram Stadium on Sunday, thanks to Hetmyer. And in the process, this India looked like the India of 1970s, utterly outplayed by a West Indian team.

Let’s be honest, despite the embarrassing eight-wicket loss, India can still go on to win the three-match series.

This West Indies are more prone to flatter only to deceive. But this defeat would perhaps leave a scar on India captain Virat Kohli’s cricketing consciousness forever. And that is not at all an exaggeration.

The No.9 team in ODIs shredded the No.2 side of all its pride in perhaps the most embarrassing way possible.

Hetmyer, whose sparkling innings of 139 off 106 balls was the reason why West Indies won with such ease, flattened the Indian bowling attack like few have done in recent times.

The visitors were given a target of 288 in 50 overs, they won with 13 balls to spare. Hetmyer’s brilliant knock was made up of 11 fours and seven monstrous sixes, one of which even landed on the roof of the stadium.

Mention must also be made of Shai Hope, who kept his composure to complement Hetmyer’s hammer-and-tongs innings. He remained not out on 102 off 151 balls.

There was no Jasprit Bumrah, there was no Bhuvneshwar Kumar, but still not even in his nightmare would have Kohli dreamt of such a thrashing for his bowlers.

Pacers Deepak Chahar and Mohammed Shami looked good in their opening spells but faded away later in the innings. Wrist spinner Kuldeep Yadav, playing after quite some time, was getting big turns, but was unlucky not to get a wicket. In the end, they all were toyed with by Hetmyer and Co.

It was all about the grit of Rishabh Pant (71) and Shreyas Iyer (70) that rescued the Indians from early trouble to put up a decent score on the board.

The total of 287 for eight looked competitive initially, but Hetmyer and Hope had different plans.

Courtesy some disciplined bowling, the West Indies had managed to reduce India to 25 for two early in the match. While opener KL Rahul (6) perished when his mistimed flick resulted in a leading edge caught at short mid-on, captain Virat Kohli (4) dragged the ball on to the stumps after facing just four balls. Both the wickets fell to a salute-happy Sheldon Cottrell.

Rohit Sharma (36) was looking good but got out against the run of play when his attempted pull shot off Alzarri Joseph’s bowling landed in Kieron Pollard’s hands at midwicket. India were 80 for three.

Pant and Iyer didn’t let the situation overpower them.

Iyer, with every match, is increasingly looking like the No.4 batsman that India didn’t have in their failed World Cup campaign earlier this year.

Pant, on the other hand, was having a good day in office after quite a long time. He looked comfortable during his stay at the wicket and barring a reprieve which he got when he was on 56, his innings was blemish free.

For a change, he didn’t have to hear the “Dhoni, Dhoni” taunts as well with the crowd happily chanting “Rishabh Pant, Rishabh Pant”. To achieve that in Chennai, which worships MS Dhoni, is quite a feat.

That India managed to score 71 runs in their last 10 overs was thanks to Kedar Jadhav and Ravindra Jadeja. While Kedar played an innings of 40 off 35 balls, Jadeja chipped in with a run-a-ball 21.

There was some drama towards the end of the innings involving Jadeja. In the 48th over, Jadeja stole a quick single playing the ball to the mid-wicket region even as the fielder, Roston Chase, affected a direct hit on the stumps.

But the West Indians didn’t appeal for a run out, barring a mild one maybe by Chase himself. The umpire, Shaun George, didn’t deem it necessary to check with the third umpire.

However, just as the bowler was readying himself for the next ball, replays on the giant screens at the ground showed that Jadeja would have been out had the third umpire been consulted. West Indies captain Pollard, upon seeing the replay, appealed to umpire George.

A little taken aback, the umpire signalled for the third umpire and subsequently Jadeja was adjudged run out.

The whole episode, however, didn’t amuse Kohli, who walked out of the dressing room and lodged a verbal complaint with the fourth umpire about Pollard’s late appeal.

Unlike the last two days, there was no rain on Sunday. It rained sixes though from Hetmyer’s bat.