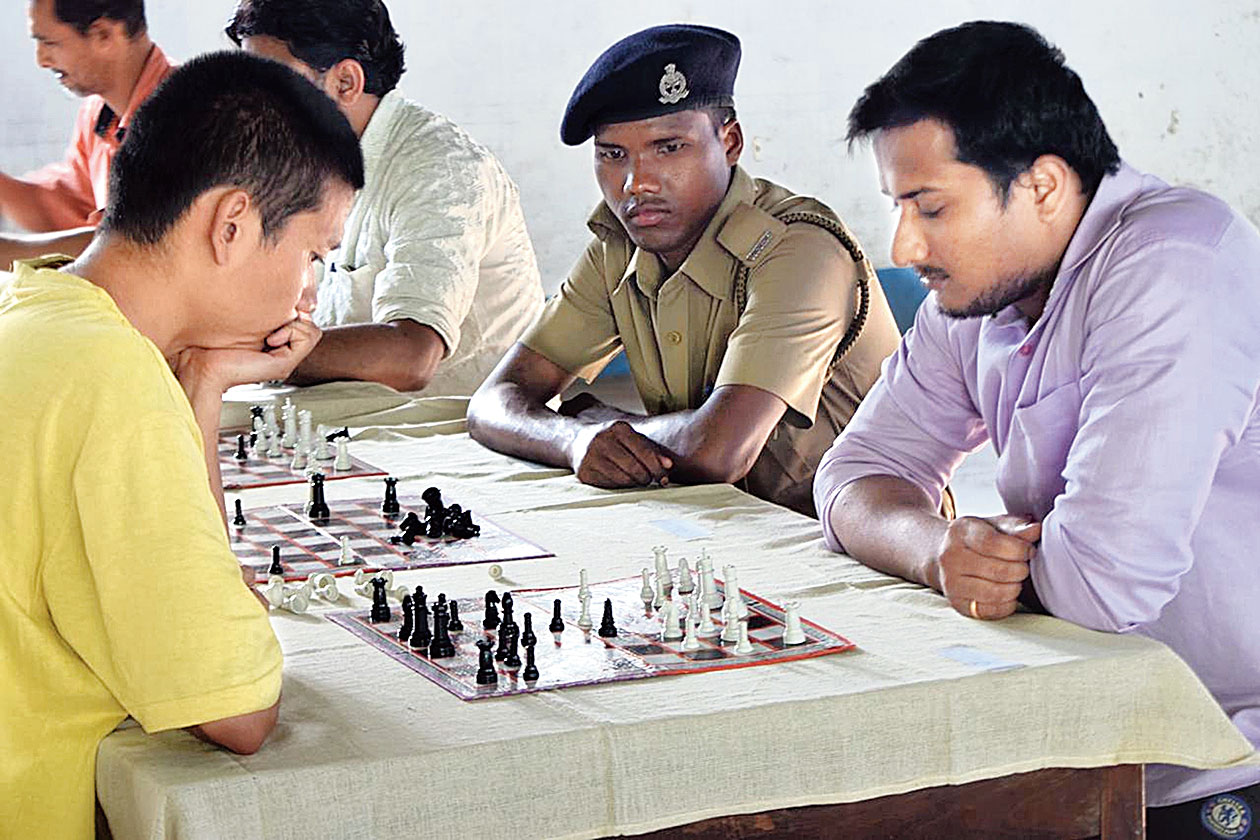 A young girl had been subjected to 10 years of imprisonment for possession of heroin. When the world around the 18-year-old seemed to be crumbling, she found some hope and light at the end of the tunnel.

Chess offered solace as the others tried to alienate her.

Not just this teenager, but other jail inmates too are trying to find solace in chess. The Bengal Chess Association (BCA) is set to bring such inmates under its wings.

If things fall into place, some of them are set to participate in the upcoming State Championship, to be held next month. The BCA has plans to stage an intra-correctional home tournament as well.

“We are making our best efforts to ensure some of the inmates from each of the three jails — Presidency, Dumdum Central and Alipore Women’s Correction Home — can participate in the State Championship after getting intensive coaching.

“This will obviously be subject to approvals from the authorities. The superintendents in each of these correction homes have been very positive regarding this matter,” BCA vice-president Sayan Mukerji told The Telegraph on Saturday.

“This is a fantastic initiative by the Kolkata District Chess Association (KDCA). Besides, this is the first time we have initiated coaching on a regular basis in each of these three correctional homes, and perhaps we might even have an intra-correctional home tournament some time in the future.

“In July, five of us played against as many inmates of the Dumdum correctional home and it took us more than two hours to beat them. They are strong players and they are playing with their own understanding of the game.

“We are very impressed with their level of playing. Now, with this coaching, we will spread this awareness to more inmates in each of these correctional homes and we are looking forward to a very positive outcome,” Mukerji added.

The BCA started teaching chess to the Presidency Jail inmates from April, before going to the correctional homes in Dumdum and Alipore in July.

There are a team of around 10 chess coaches who volunteer to do this work for the BCA.

KDCA secretary Atin Sengupta, who played an important role behind this initiative, informed that efforts would be made to help the inmates participate in the online world correctional home chess tournament.

“Regarding the State Championship, we have spoken to the authorities regarding permission to let the inmates come out and play. We have been told that permission would be given.

“With a further three-four months of coaching, they will be able to develop their game. We’ll then try and make them appear in online competitions, especially in the world correctional home meet where quite a few countries participated in its previous editions,” Sengupta said.

“Some of the inmates are really, really talented with one of them having played at the national schools’ meet. If chess can bring a change in their lives, it can’t get any better for them,” he added.