Chasing a target of 143 runs, Bangladesh lost wickets at regular intervals to finish at 124 for eight 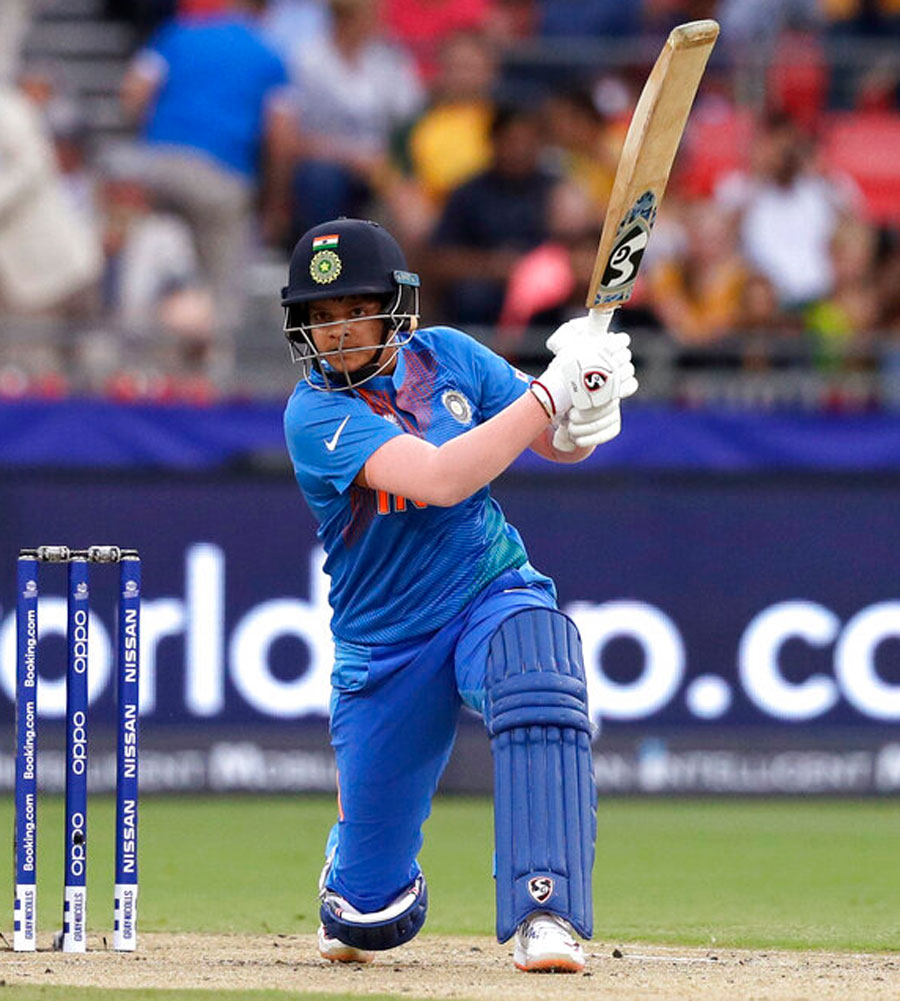 Leg spinner Poonam Yadav delivered yet again with timely dismissals to lead India to a comfortable 18-run win over Bangladesh in their ICC Women’s T20 World Cup match on Monday.

Put to bat, a substantial partnership eluded them after a fiery start but India still managed to post a competitive 142 for six at the WACA ground.

India were off to a flying start with opener Shafali Verma (39 of 17 balls) coming out all guns blazing in the Group A game. However, the Indian innings never got the momentum after the departure of the 16-year-old, who hit four sixes and two fours in her entertaining knock.

Bangladesh fought through Murshida Khatun (30) and Nigar Sultana (35) but Poonam rattled the middle and lower order with her strikes. In the end, Bangladesh could manage 124 for eight, giving India their second straight win in the tournament.

“The way Shafali and Richa played today, they showed how capable they are for the team. Veda’s innings was the turning point. We needed boundaries at that point and she did a great job,” India captain Harmanpreet Kaur said.

Poonam, who helped India halt Australia’s chase in their opening game as well, was the top bowler again with three for 18. She scalped Sanjida Islam (10), Fahima Khatun (17) and Jahanara Alam (10) to make it tough for Bangladesh.

Bangladesh needed 49 runs from the last five overs but they failed to negotiate Poonam’s flighted deliveries. The Indian spinner had Fahima caught by Shafali in the first ball of the 16th over while Rajeshwari Gaekwad saw the back of well-set Nigar Sultana.

Poonam then returned to dismiss Jahanara. Bangladesh needed 22 off the final over. Pacer Shikha Pandey clean bowled Rumana Ahmed with a perfect yorker and the writing was clear on the wall.

Earlier, Shafali punished the rival attack with her fluent stroke-making. Attempting a big one, Shafali skied one off veteran Panna Ghosh and was dismissed, caught by wicket-keeper Shamima Sultana.

This was after fellow opener Taniya Bhatia (2) was sent back by Salma Khathun.

Jemimah Rodrigues played a sedate yet crucial 34-run knock since hard-hitting skipper Harmanpreet Kaur was already dismissed by Ghosh. With both Shafali and Harmanpreet cooling their heels back in the dug out, India’s run-rate took a dip.

Jemimah erred in judgement while calling Deepti for a single and was run out.

The slide continued with Deepti Sharma (11) running herself out following a mix up with Veda Krishnamurthy.

In another match, defending champions Australia returned from the brink of elimination to beat Sri Lanka by five wickets.